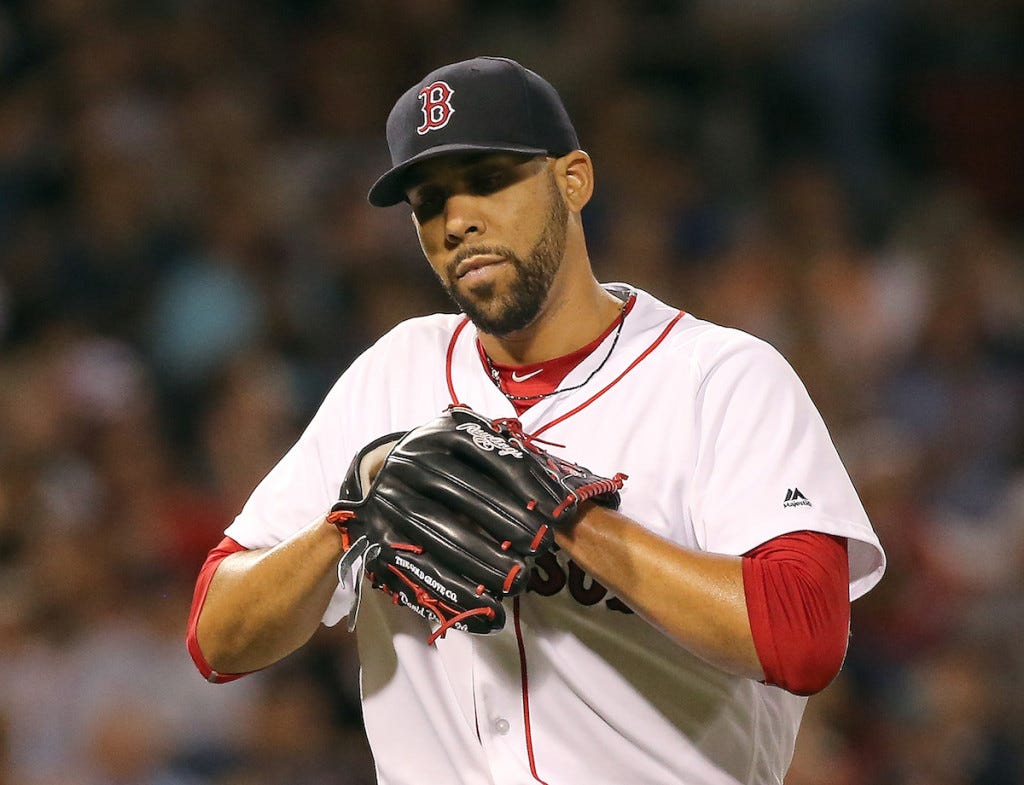 Think about it. Take yourself back to the beginning of May when David Price gave up six earned runs in back-to-back starts against the Yankees to bump his ERA to 6.75.

If, in his next time out, he threw 8 innings and gave up 3 earned runs with 11 strikeouts against the division rival Baltimore Orioles, who have beat your brains in a handful of times this season, Red Sox fans would’ve been stoked. Today, we’re pissed off because it wasn’t good enough. Again. And that stance is fine to have. For the second consecutive start, Price gave up a home run in the eighth inning that cost the Red Sox the game. It doesn’t all fall on Price, because he’s had a combined five runs of run support over his last three starts, but he can’t be giving up these late-inning home runs, especially when the offense is doing nothing for him.

Over his last seven starts, they’re averaging 4.9 runs per game, which should be enough to win if you’re the ace, but that’s with an 11-run game against the Astros (win), and an 8-run game against the Rockies (win) mixed in. Opponents are hitting .173 against Price in the last three games the Red Sox have lost with the left-hander on the mound, and he has a 2.74 ERA with 23 strikeouts in 23 innings in those starts. The Red Sox are averaging 1.7 runs per game during those outings, too. But here’s the problem. It’s the fucking home runs. Price is barely getting hit since he made those mechanical adjustments prior to his May 12 start against the Astros. He’s allowed just 35 hits in seven starts, but eight of those hits have been home runs. That means that 23% of the hits he’s allowed over his last seven starts have left the ballpark. That’s an issue.

But while the eighth inning home runs have cost the Red Sox a victory in each of Price’s last two starts, at some point we have to look at this Red Sox offense, which has been great all year, as being part of the problem. The Red Sox are 4-7 in their last 11 games, and they’re averaging 4.1 runs per game in those seven losses. Boston was only able to muster two runs in their loss to the Orioles on Tuesday night, which drops them to 3-5 against the Orioles this season, down to 1-11 in games they’ve scored 3 runs or less, and they’re also 5-9 in one-run games. Think about that — the Red Sox have won ONE game this year when they’ve scored 3 runs or less, a 1-0 victory against the shitty Atlanta Braves. In their recent skid, they also have a pair of losses where they’ve scored seven runs or more twice. Recently, when they’ve hit, they can’t pitch, and when they pitch, they can’t hit.