I have been saying for months (almost years at this point) that Victor Cruz was never going to play another game for the Giants. Everything we read says that he suffered an absolutely awful injury and we’ve been teased before with players trying to make a comeback before ultimately falling short. And to be honest, being a Mets/Giants fan gypsy had a hand in that thinking as well. Because when Mets fans hear that a Met is close to returning, that usually means he is about to be shut down for the season.

But Victor has alleviated those concerns by looking spry as fuck and making plays on the practice field. Sure it’s just the beginning, but before today the biggest positive I had seen out of Cruz was him not walking with a noticeable limp on that episode of Ballers last season. If he can rip off a few Salsas with the vintage moves of 2012, I’d be ready to call him all the way back. And when that happens, watch out NFL. Because a fully functional Odell Beckham with an at least relatively functional Victor Cruz and future Rookie of the Year Sterling Shepard in Benny Mac’s high flying offense will take the league by storm, with Eli set up to simply crush all of Peyton’s record while Pey Pey watches helplessly from Papa John’s suite. The Maras should probably pick out which hotel they will be renting in Houston the first week of February right now.

Oh yeah, and this unknown super dance is going to be incredible. Will it be a Whip + Salsa hybrid or something we’ve never seen before? I’m not sure, but I think we can all agree that it will probably break the internet and maybe the planet. 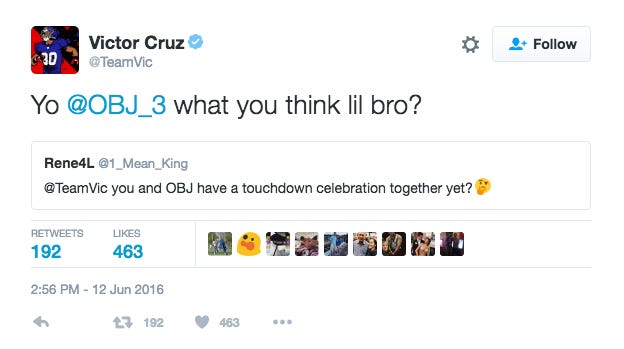 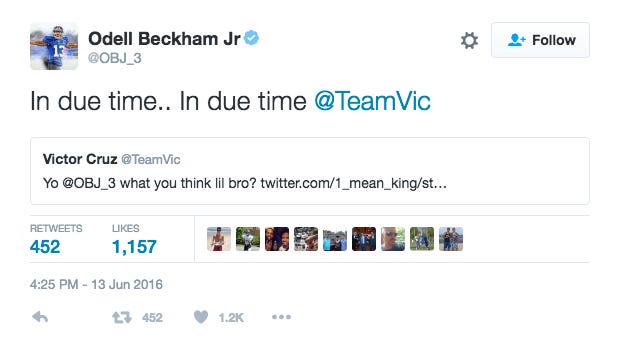