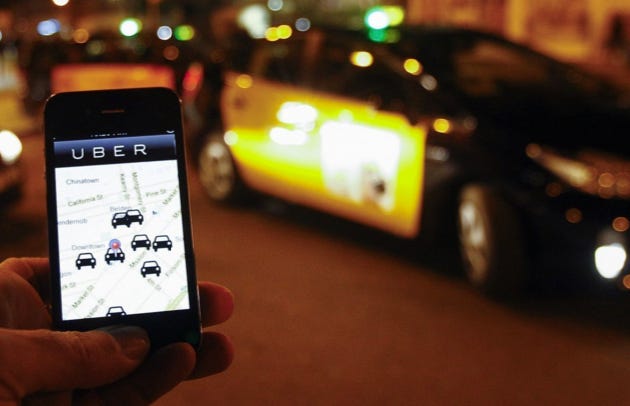 ARL Now - A Gainesville man was arrested early Sunday morning after a bizarre incident in the Crystal City area. It all started around 2 a.m., on the 2300 block of S. Eads Street, when three people walked up to the suspect’s car, thinking it was their Uber ride. A “verbal altercation ensued,” according to police, and then the suspect, who was drunk and naked at the time, grabbed a hatchet from the backseat and “started swinging the object.” The three individuals managed to take the hatchet away from the man before he hurt anyone, police said.

I’m shocked we don’t hear stories like this more often. That 2am Uber ride can be a bit of a show. You’re blacked out, every car looks the same, and all you want to do is get home and eat some pizza rolls and pass out on the couch. How do more people not randomly jump into the wrong car? I think it’s one of those innate survival instincts we’re born with that we didn’t even know existed until 5 years ago. Something that we’re born with, deep down inside, tells us not to hop into random people’s cars after a night of boozing. It’s unexplainable otherwise, because think about all the dumb shit you do while drunk, but think about the number of times you’ve hopped into some rando’s car. It’s a bit shocking when I think about it.

And it’s a good thing the majority of us have that innate ability to find Ubers, because we could be like those unlucky fellas and open up the door to the wrong car and find a drunk naked man wielding a hatchet, ready to chop your head off. Not sure if there is a worse case scenario than that. You strike out at the bar, you just want to get your ass home, Uber is 2.2x, and then some crazy man tries to decapitate you. At that point, maybe you should just let him.