Here we go again. Every year I try to get out of the video game cycle. I’m well on the shitty side of 30, I chase my kid around during 90% of my free time, and I ashamed of the violence I want to dole out to every 12 year old that talks shit to me over my headset. But then the Madden trailer comes out and I’m all in again. I bought a fucking PS4 last year just because of Odell Beckham was on the Madden cover (gamer tag: TheClemReport) and I wanted to bust out The Whip dance with him 1,000 times. Well $350 later, I can figure out how much I paid for each game of Madden. $350. That’s right, one game played. I bought MLB The Show for a similar reason. The Mets are finally good again and I want to mow down people with the dirtiest staff in the bigs while Yo jacks bombs. So far I have played once since March. It is a vicious cycle. However I know once EA ramps up its marketing campaign on a hundred, thousand, trillion in August, I will preorder Madden like Pavlov’s dog, followed by countless hours of fantasy football research (reading the same shit as everyone else, which will lead to yet another disappointing season).

Luckily there is one saving grace to this Madden 2017. That’s right, I am talking about Virtual Ben McAdoo. I cannot WAIT to see how he looks in Madden. 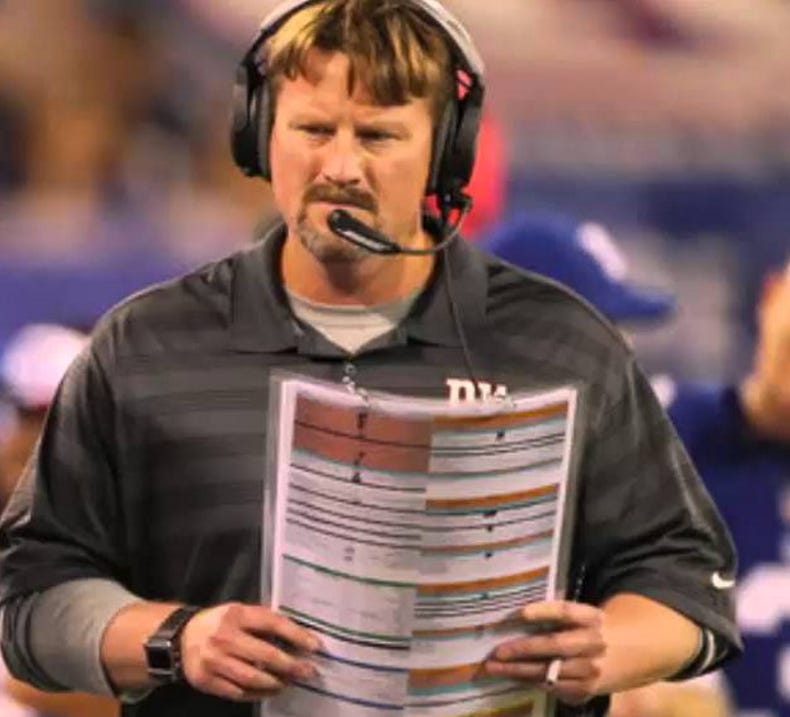 As for the trailer, there were a few things that stuck out. Chip Kelly as the 49ers coach still looks weird to me. That’s gonna take some getting used to. Antonio Gates is still alive and somehow still on the Chargers. I feel like Gates will be the guy everyone gives the Richard Jefferson “I can’t believe he’s still playing” jokes this season. And how about the commercial climaxing with TJ Ward blocking a Chiefs field goal to send the Broncos to the playoffs? All-time weirdest ending to a commercial ever. At least have Von Miller block that shit and then have him do some sort of dick dance like he’s on molly. That’s how you move units, EA.

Update: Apparently Smitty got to this first. So to satisfy the Reblog Gods, here is the Greg Jennings Madden video which made the internet Hall of Fame on the first ballot.