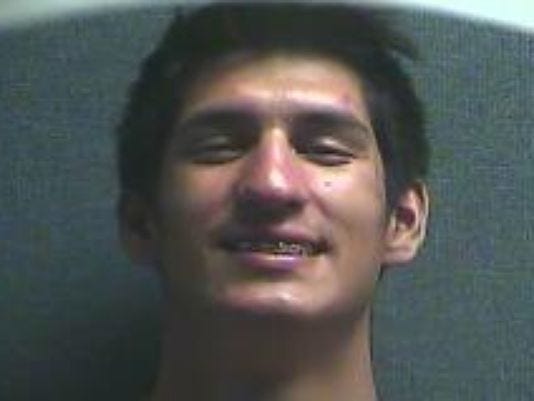 BURLINGTON, Ky. — Kentucky senior forward Derek Willis has been released after being arrested on charges of public alcohol intoxication.

The Boone County Jail website says that Willis was arrested Saturday and later released after posting $50 bond. The website did not provide further details.

A message left Sunday night with a Kentucky athletics spokesman was not immediately returned.

The 6-foot-9 Willis, who turns 21 next week, became a bigger part of Kentucky’s rotation last season and finished with per-game averages of 7.7 points and 4.0 rebounds. He’s the second-leading scorer returning to a Wildcats squad that lost three players to the NBA draft, while Marcus Lee and Charles Matthews have transferred. Forward Alex Poythress has completed his eligibility.

Kentucky’s Derek Willis – a starting forward this past season – got arrested on Saturday night for a public intoxication. Yeah, you probably shouldn’t be getting arrested for being that hammered, but I’d be a hypocrite to blast any kid getting shitfaced 10 days before they turn 21.

Now what we have here though is one of the happiest mugshots I’ve ever seen. You’re always told don’t get arrested on a Friday because you typically have to spend the whole weekend in jail, clearly Willis didn’t think about that as he instead thought about cheesy tots from Tolly Ho.

Really wish JP Macura took this mugshot though, who if you remember correctly was arrested a couple months ago for pulling his pants down at a bar while hammered. Stay hot, college basketball players.

h/t Courier Journal for the picture