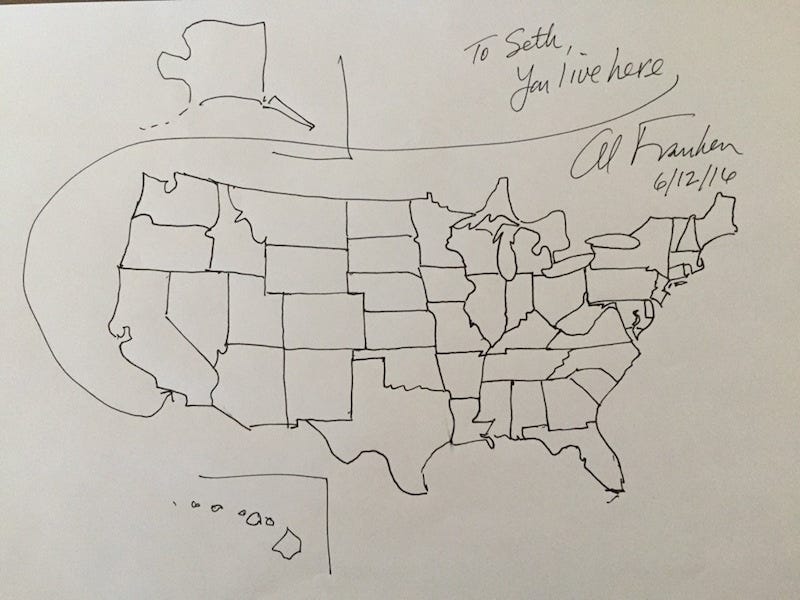 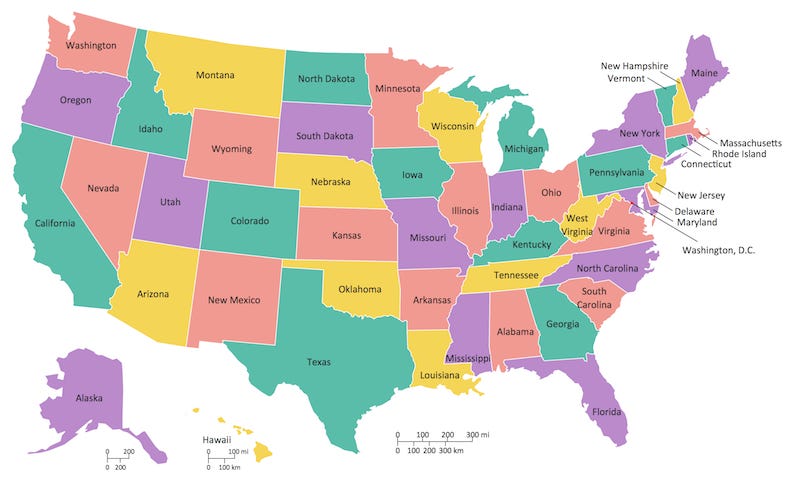 I don’t know if Al Franken practiced drawing U.S. maps for 10,000 hours, has some sort of Rain Man going through his brain, or was just born the Monet of map making. Regardless, that shit is ridiculous. Before today, this most impressive thing I had ever seen was my 8th grade math teacher draw what appeared to be a perfect circle. Granted I was in middle school and even dumber than I am now. But still, it was awe-inspiring.

Anyway, if Al Franken’s platform while running for the Senator of Minnesota was that he could draw this map from memory, he would have my vote immediately. Whenever I blog about one of those “most googled phrases” stories where they list everything on a map, I have to then pull up a map of the United States just because I am an American idiot that loves his country but doesn’t know where all 50 states are (or more than about 12 for sure, to be quite honest). I couldn’t TRACE the United States better than Al Franken sketched it from memory. My rating in arts and crafts at camp was a hard 0. I was too busy Mega Bussing on the basketball courts and playing Connect Four to worry about paintbrushes and macaroni art. I mean just look at the disaster that ensued when I tried to draw a map of the U.S. from memory with one of my 100 free TD Bank pens (I don’t even think you can consider this freehand because I had to annex a bunch of my drawing to Canada because I knew I fucked it up immediately). 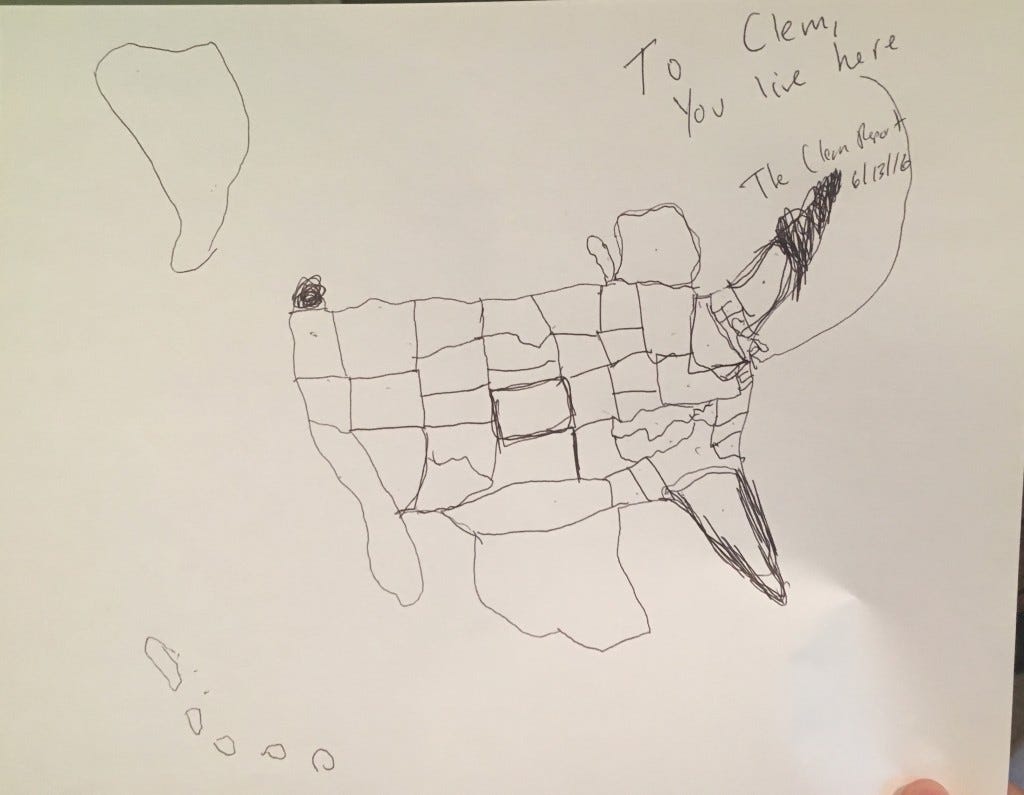 I apologize, America. I’m a hugger, not an illustrator. This magazine cover is 40 years old, but still spot on on how New Yorkers view America 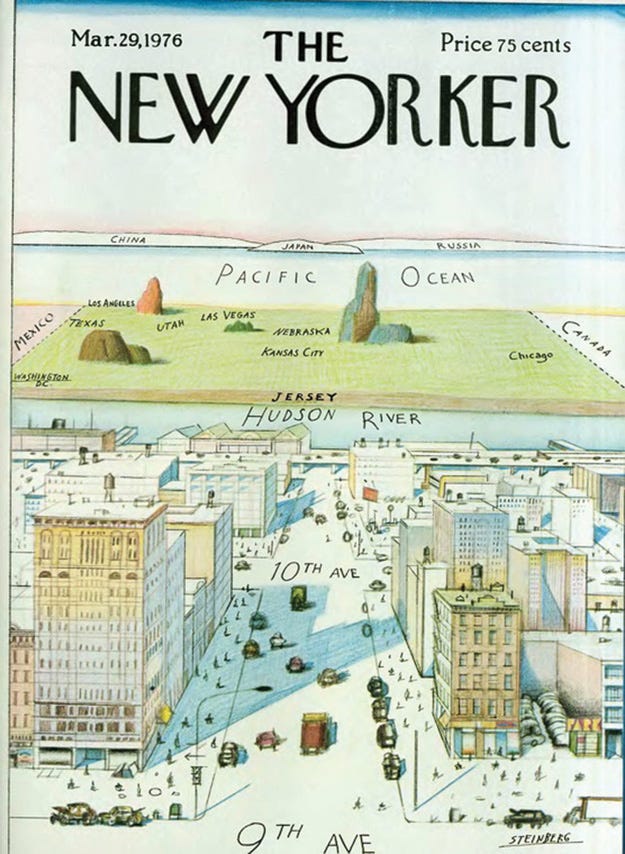 So hats off to Al Franken for absolutely steamrolling me in the freehand U.S. map from memory game and being a better American than me. I can’t draw all the states. I can’t even name all the states or Presidents from memory because I never learned those two songs in elementary school that people will sing for you every time those subjects are brought up in public like assholes. But I still love the hell out of the greatest country in the history of the universe. And I do have a little bit of talent.