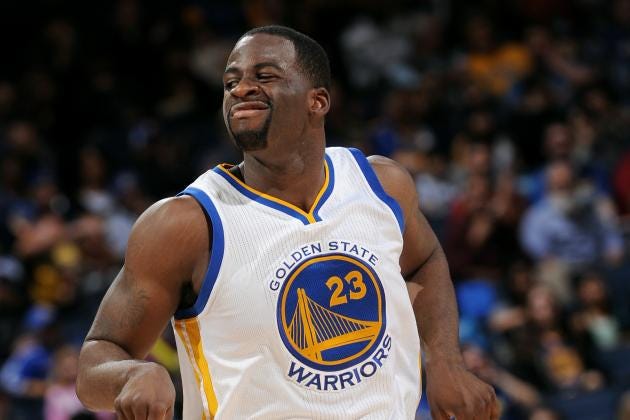 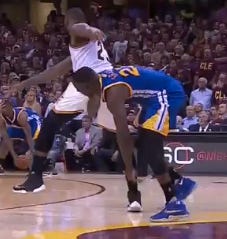 (ESPN) – Golden State Warriors power forward Draymond Green is suspended for Game 5 of the NBA Finals on Monday night after he was assessed a flagrant foul 1 by the league for his actions in Game 4.

The play in question came with less than three minutes left in Golden State’s 108-97 victory over the Cleveland Cavaliers on Friday, when Green and LeBron James got tangled. James stepped over Green after the Warriors forward fell to the court, and Green swung his arm and appeared to make contact with James’ groin area. James immediately turned around, and the two players went chest-to-chest as play continued.

The NBA called Green’s action a “retaliatory swipe of his hand to the groin” of James.

The flagrant 1 gave Green his fourth flagrant foul point of the playoffs, which carries an automatic suspension.

Well, this is what you get when you are a repeat offender. Was he baited into it, and is Lebron to blame? Partly. You still swung at his dick after repeatedly doing this in the WCF. Everybody under the sun knows CLE is going to try and get under your skin and hope you make a mistake, and you did, that’s the breaks. But at the same time, now seems like a weird time for the NBA to all the sudden be able to judge intent, when they couldn’t say that Green’s kick was intentional, somehow you are able to say this was? I certainly think it was, but not sure how that’s consistent.

Seems fishy to me..