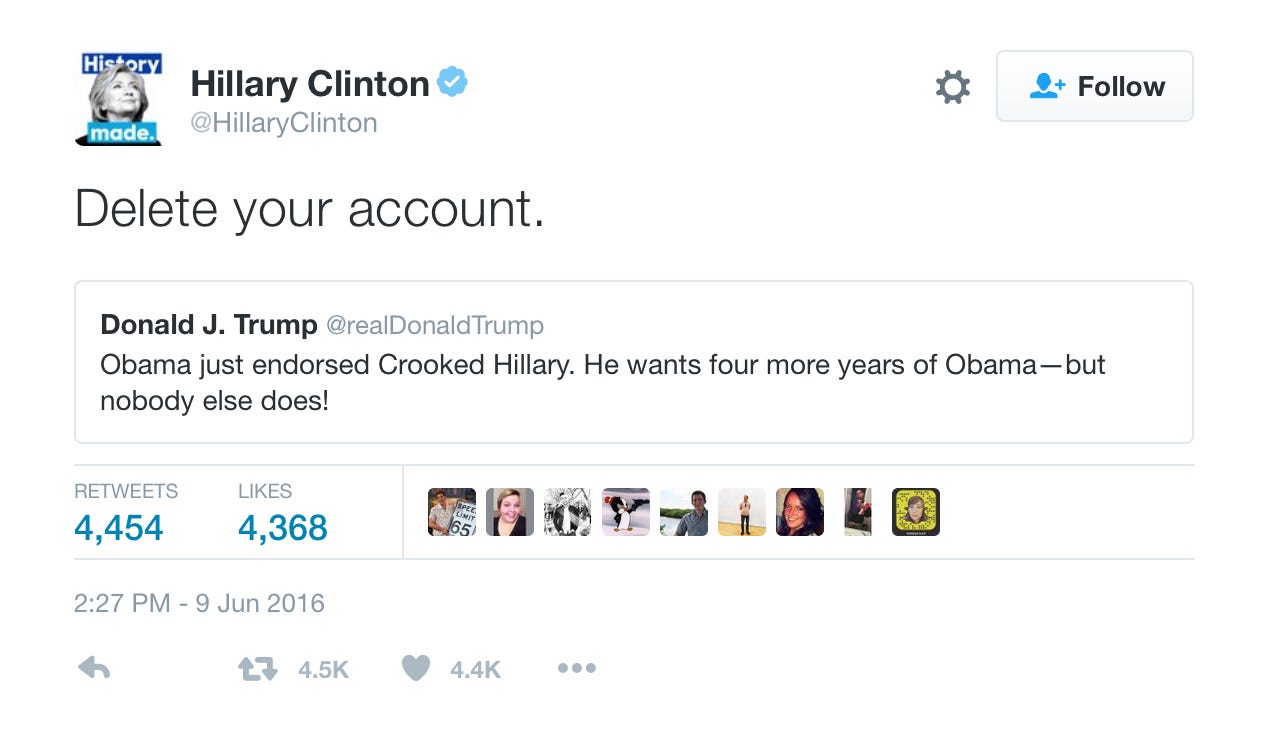 What a time to be alive, guys. Or maybe not. We might all be better off dead. All I know is please mark your calendars. 6/9 (#nice) was the day the world officially went off the rails. You could say that about a lot of moments during this election season but this feels like the apex. We currently have a Twitter fight going on between the two people who are running for the most powerful office in the world. One of those two people is gonna be the next President of the United States of America. How cool did Hillary feel sending out that tweet? That had to feel good coming off the Twitter fingers. I’m sure you’ll see plenty of “Ohhhhhh shiiiiiiiit” and “DUNKED ON” gifs after that. When in reality, it’s right up there with her whipping and nae nae-ing and dabbing and saying she carries hot sauce in her purse. Incredible stuff. Just incredible.

PS- I don’t know what Trump is gonna do next but it could be the most extreme thing he’s ever done and that’s saying something. Stay tuned.