Poor Snoop. He’s gotta send a “Thank you” card to 50 Cent, who’s basically the bizarro world Joe DiMaggio of ceremonial first pitches. Fiddy is responsible for THE worst first pitch of all-time, and there’s no way that anybody could ever be worse than him. It’s so bad that it’s almost impressive if you think about how bad you have to be at something to just flat out know that nobody could ever do something worse than what you did.

Also, gotta pour one out for the Padres here. This fuckin’ franchise just can’t catch a break. The only time they’ve been blog-worthy on Barstool is when their team chairman is talking about how much they suck, or when they blow the largest lead in franchise history, or when Snoop Dogg throws out a first pitch before one of their games that ends up in another zip code from home plate and almost kills not one, but two innocent bystanders. #PrayForThePadres indeed.

Even though the pitch itself was poorly executed, I have to give some serious props to Snoop for coming out with the Goose Gossage handlebar mustache look, which I have to believe was intentional. 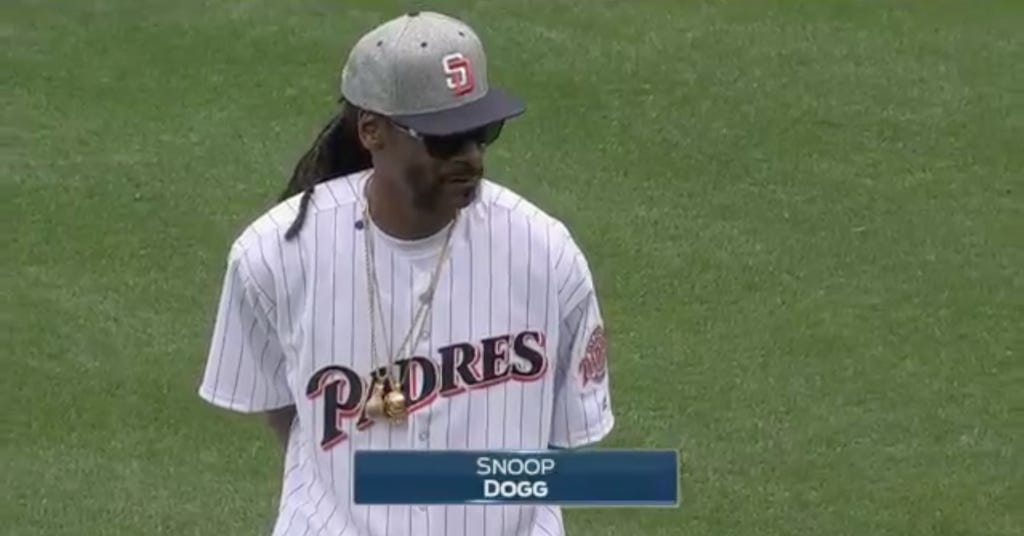 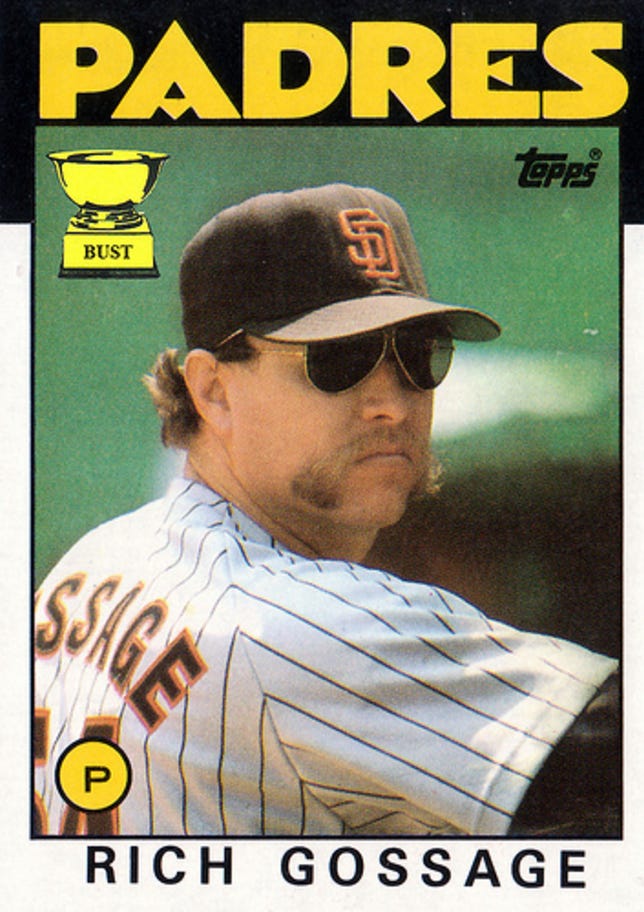 If only Snoop knew that Goose Gossage thought that legendary rappers throwing out first pitches before games is what’s wrong with baseball.