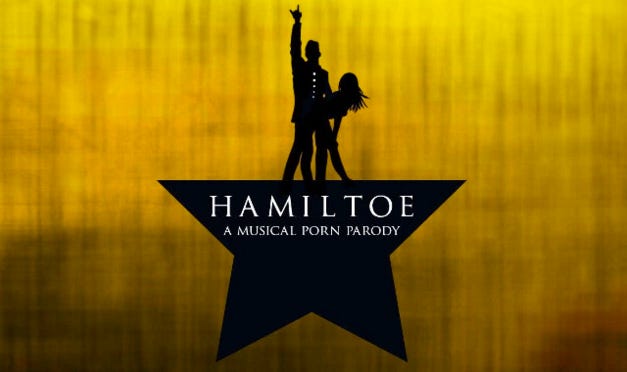 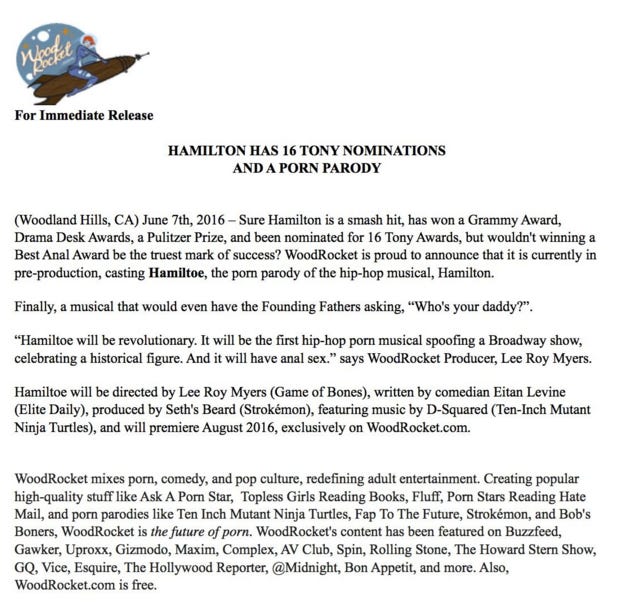 When Hamilton did their song and dance thing at the Oscars or Emmys or whatever it was, I didn’t really understand what all the hoopla was about. Seemed like it would get real old, real quick watching some guy rap about the 1700’s. But it’s the hottest thing on Earth right now, so more power to them. I know this kid who spent 4k on 2 tickets to see it in New York. $4,000 for two tickets to a play. I wanted to punch him in the throat when he told me that. I’m going to spend 0k to see it on the Internet while people do standing 69, so you tell me who the real winner is.