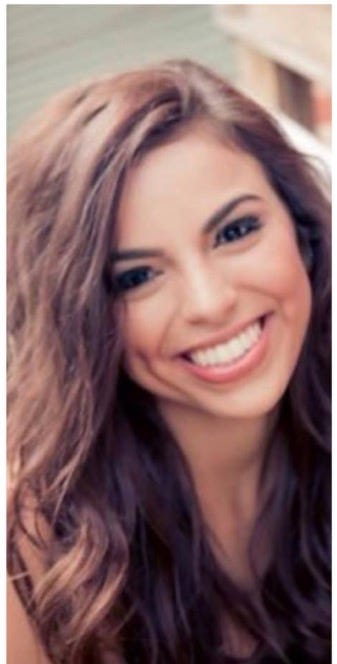 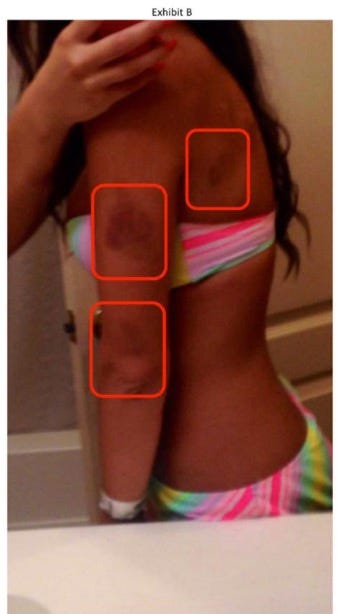 According to a statement of facts prepared by Lozano’s attorneys, Chafin “slapped,” “kicked,” “slammed Lozano against the wall,” and “choked Lozano until she lost feeling in her body,” in March of 2014.

Lozano states in April of 2014, Chafin “slammed” her against a vehicle.

Later in April of 2014, Lozano alleges Chafin “forcibly and aggressively grabbed” her and “slammed” her “to he ground.”

Lozano has provided multiple photos that were also provided to police, allegedly taken at the time of incidents, which appear to show large bruises on her left arm and shoulder.

Lozano states that after the first incident, she reported what happened to Chafin’s mother and Lebby, who is still on Baylor’s coaching staff.

Lozano says she exchanged text messages with Lebby about the alleged incident, while trying to decide if she should go to Waco police. She also claims “Chafin’s mom urged her “not to report the issue to police.”

Lozano says she also brought the matter to LaPrise Williams, Baylor acrobatics and tumbling coach at the time of the alleged incidents. Lozano says Williams asked her about the bruising. She says Williams reported it to her superior, Nancy Post.

Lozano states that Chafin, with whom she had a dating relationship, told her Briles had been made aware of the alleged assaults and had told Chafin to “stay away” from Lozano.

Less than two weeks after an alleged assault, Lozano brought allegations to Waco Police, in April of 2014. But Chafin was allowed to play after the alleged incidents, rushing for 1,256 career yards and 21 touchdowns.

Chafin was recently dismissed by Baylor. He has been arrested and charged with marijuana possession.

The floodgates are officially open – ANOTHER story out of Baylor, of another alleged assault on a woman, and another alleged cover up by the program. It’s at the point where people won’t even read past the lede of the story – if the headline mentions abuse and Baylor, it’s just another automatic black mark on Art Briles’ reputation. This time it’s the former girlfriend of running back Devin Chafin, Jessica Lozano, claiming she was beat up 3 separate times, took pictures, and reported it each time.

Devin Chafin’s side of the story: 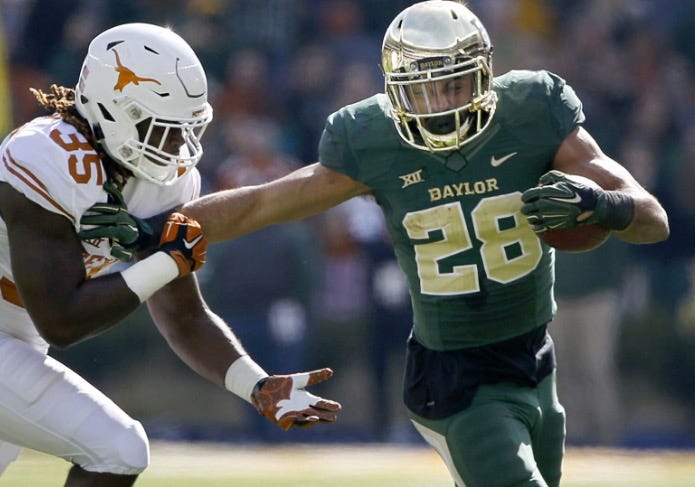 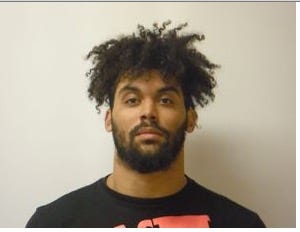 Former Baylor running back Devin Chafin admits he “grabbed” Dolores Lozano “because she was fighting me” but claims he “never threw her to the ground, kicked her or choked her.”

Chafin told me: “The story has been falsely constructed. No one knows the entire story. This girl is not who she claims to be.”

Chafin said he never discussed the situation with former head coach Art Briles, but did with current assistant Jeff Lebby.

“Coach Lebby told me to calm down,” Chafin said. “I was emotional. I was crying. I needed to talk to somebody.”

Chafin said a specific, personal event affecting he and Lozano’s relationship led to a dramatic conversation that preceded the altercation.

“I was never interviewed by Waco Police,” Chafin said. “She would not leave my house. I honestly don’t know what bruising I caused. But there were no criminal charges for a reason.”

Chafin says Lozano is motivated by “her desire to be in the spotlight – a part of the story. And, maybe to get back at me for ignoring her at times.”

“Right now, they want to clear their names of anything related to assault,” Chafin said. “People are looking at me like I abuse women and I don’t. It’s hard.”

“The President and the football coach are not the people to be contacting in cases of serious assault,” Chafin said. “Contact the police, not coaches. Go to the police.”

Chafin said he plans to play at the FCS level this season.

“I feel I have not done anything wrong,” Chafin said. “My hopes of the NFL are hurt severely right now but hopefully not gone.”

I guess my biggest question while we wait for the facts to come out is – why does everyone keep reporting these things to the football coach? Call the police. I mean contacting the football program and your alleged abuser’s mother after getting assaulted instead of the cops is just not the right move. Call the real life authorities.