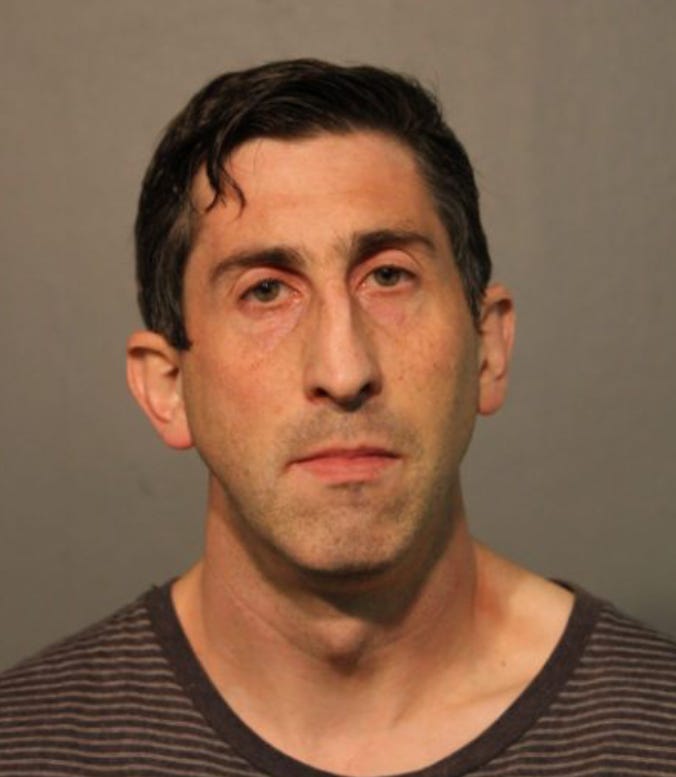 (Source) A convicted sex offender accused of trying to take a picture of a 12-year-old boy urinating in a Wrigley Field bathroom Saturday had video recordings of what appears to be other minors using the restroom at the ballpark that afternoon, Cook County prosecutors said.

The faces of the males using the urinal trough and stalls can be seen in several of the files and at least four of those seen in the videos appear to be under the age of 18, Assistant State’s Attorney Marilyn Salas-Wail told Judge Maria Kuriakos Ciesil on Tuesday.

Does this look like the face of a convicted sex offender accused of trying to take pictures of a 12 year old boy in a Wrigley bathroom? YUP! It actually looks exactly like it. The nice long face of a convicted sex offender. Didn’t even have to check his phone to see if he was doing anything illegal, this is why the invention of pre-crime is a good thing. Glad they caught this guy, but is it asking too much for the Lakeview PD to photoshop a Cardinals shirt in his mugshot? Come on guys, let’s keep stereotypes alive and well here.