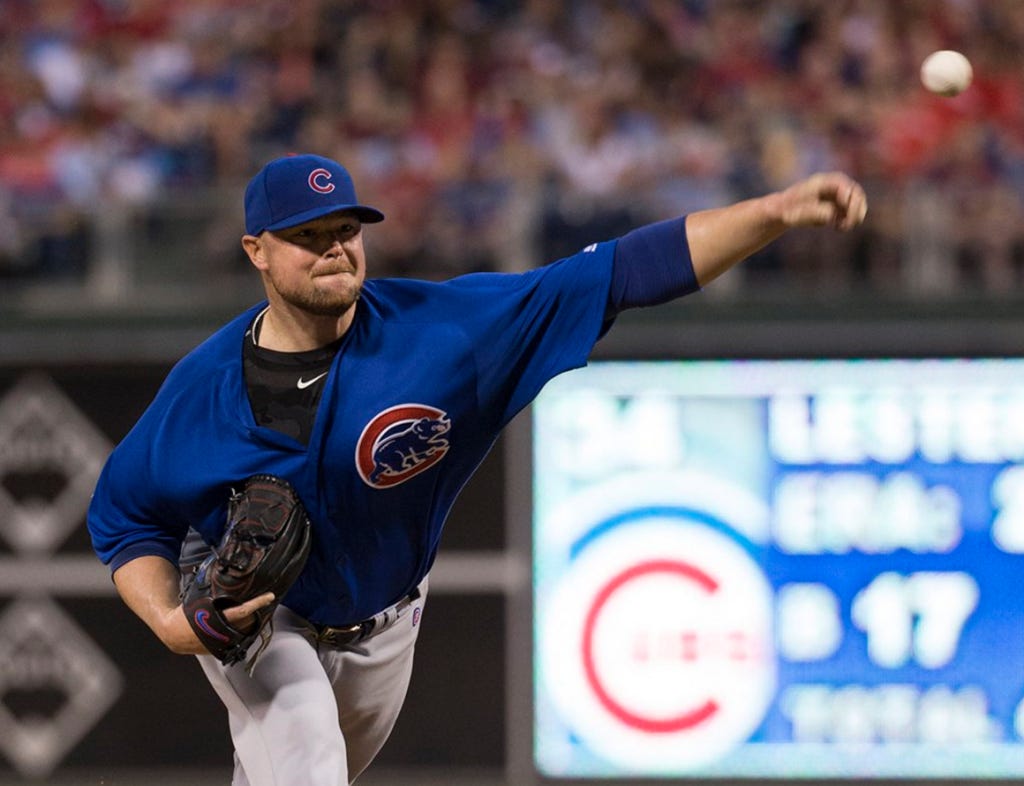 Coming into 2016, I think everybody knew that the Cubs would be a really good team. But did anyone think that, in June, they’d be on pace to tie the 2001 Seattle Mariners and the 1906 Cubs for the most wins in a single season? Because they are.

So, how are they doing it? The simple answer is, “Well, they’re the best team in baseball.” They do everything better than everybody else. And that’s pretty close to being true. As a team, they have the best ERA in baseball (2.60), they have the lowest starting pitching ERA in the MLB (2.33), and they have the fourth best bullpen ERA in the National League (3.26). Offensively, they’ve scored the second most runs in the National League (303). All of this has resulted in their eye-popping +143 run differential, which is absurd since the next best mark in the MLB is Boston’s +69 run differential. Nobody else is even close to what the Cubs have been doing.

Sticking with comparing how good the Cubs are compared to the rest of the game, their MLB-leading 2.60 team ERA is a run and a half lower than the league average (4.11), and their starting pitchers’ ERA of 2.33 is just about two full runs better than the league average (4.23). I suppose it helps to have not one, but two pitchers in the top five in the MLB in ERA with Jake Arrieta claiming the second best mark in the game (1.80), and Jon Lester, who threw 8 shutout innings last night against the Phillies, with an ERA of 2.06. Lester actually has a 0.77 ERA over his last three starts with opponents hitting just .171 with a .420 OPS against him.

The offseason acquisition that got all the attention for the Cubs last winter was when Chicago gave $184 million to Jason Heyward over an 8-year deal. To this point, he hasn’t come close to living up to that contract, hitting .223 with a .632 OPS through his first 215 plate appearances. And this is coming off a season in which he hit .293 with a .797 OPS. FanGraphs places his value this season at $6.1 million, which is just a tad bit under $23 million, which is the average annual value over the life of his new contract.

But in regards to a signing that didn’t come with as much pomp and circumstance as Heyward’s, the Cubs signed Dexter Fowler to a one-year deal worth $13 million, and they didn’t even get that done until the end of February. I still find it incredibly bizarre that it took so long for a team to sign this guy, considering how good of a player he is. And he’s proving that yet again in 2016 as the Cubs’ leadoff hitter, batting .312 with a .953 OPS atop the second best run-producing lineup in the National League. FanGraphs calculates his value this season to be worth $26.9 million, which I guess means that you could safely say that he has been the biggest bargain in the game this season.

And through their first 56 games, the Cubs are once again getting great offensive production from their corner infield spots, with Anthony Rizzo and Kris Bryant nearly mirroring each other’s numbers — both with 13 home runs, while Rizzo has 42 RBI, and Bryant has 41 RBI. The Cubs are a well-oiled machine, and a team has yet to step forward in either league to indicate, even the slightest bit, that they’re in the same conversation as Chicago.