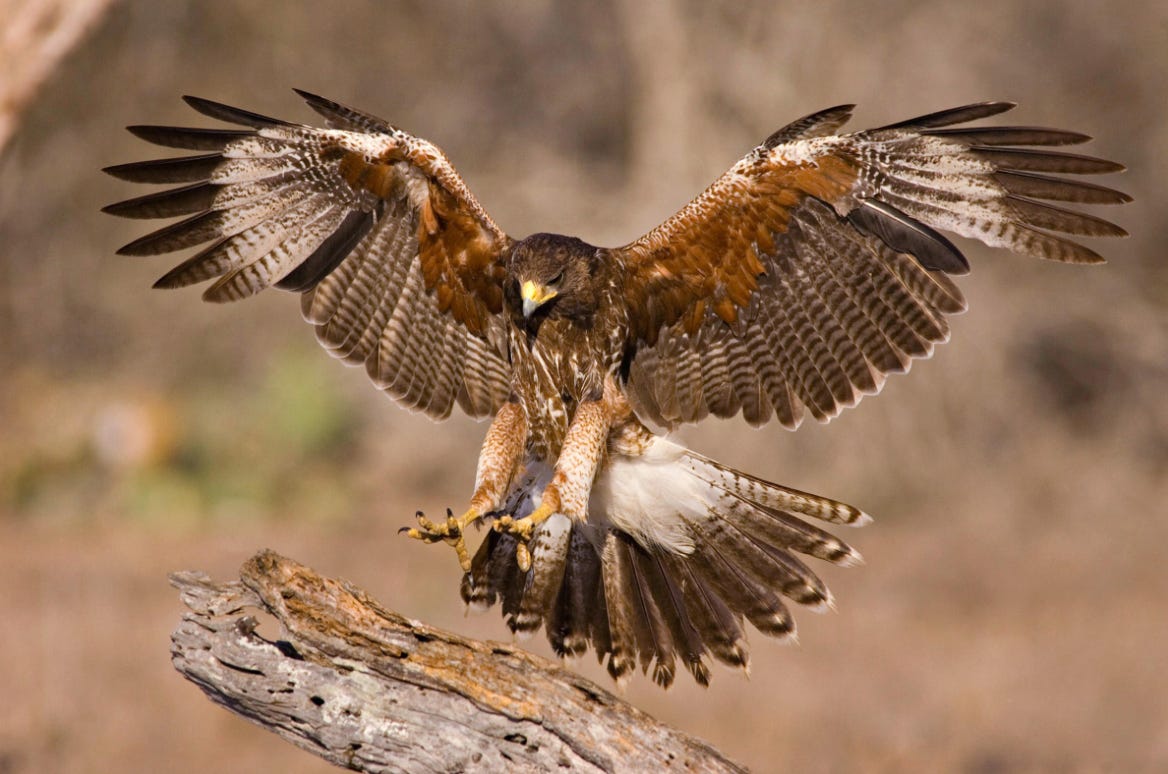 Independent- A school in Scotland recruited a hawk to scare of “nuisance” seagulls and prevent them from stealing pupils’ lunches. Spiney the Harris Hawk was brought in to watch over Perth Grammar School in Tayside as an extreme measure in pest control following a series of complaints from staff and pupils. The bird was part of a £7,000 operation put into place after staff reported that gulls have been dive-bombing pupils and stealing food. He was joined briefly by another hawk named Jean, who accompanied him in patrolling the school fields and playground Using birds of prey has become an increasingly popular method of controlling unwanted vermin and deterring seagulls humanely, with several falconry centres advertising their birds as such. Last week, Hillingdon Hospital announced it had employed a hawk trainer to scare off roosting pigeons thought to be a danger to public health.

This method is stupid. It might work but there is a much simpler and much more effective way to stop those damn bully seagulls from stealing kid’s lunches. Here’s what they should do instead of paying an hourly rate to have a Hawk keeping guard on campus. Catch one of the seagulls, kill it, cut off it’s head and put the head on a spike outside the school. Done and done. I guarantee there won’t be a seagull problem anymore. Send a message. Send a fucking message that stealing school lunches won’t be tolerated in these parts. Hiring a Hawk body guard is what punk ass bitches do. “Oh my god. Please protect us from the scary lunch-snatching seagulls. We’re so scared.” Nope. Pluck one of those bitches outta the sky and show the rest of the seagulls what we do to our enemies. Have I been watching too much Game of Thrones and that’s where this idea comes from? Maybe but you can’t tell me it won’t work.

An alternative strategy would be to arm all the children with guns and have them shoot every seagull that comes near them. I say we start with Plan A and move to Plan B if the heads-on-spikes method doesn’t work.