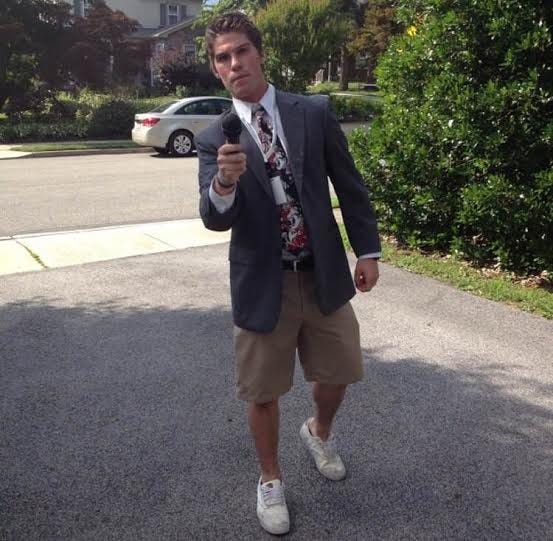 Here’s what this fucking douchebag had to say about the Penguins back on January 13, 2016….

But make no mistake about it, the Pittsburgh Penguins are DEAD.

Think about all the hype that was surrounding the Pens heading into the season after bringing in Phat Phil. People thought for sure that the Penguins would be able to just score at will and dominate teams despite not having anybody back on defense. Thought they’d just have to win every game 6-5 or something like that. But now that we’re half way though the season, the Penguins are in 26th place in goals for per game with 2.33. When your defense consists of Kris Letang and nobody else, 2.33 goals isn’t going to cut it. They fired their coach, Crosby has been underperforming (though he has been picking up the pace lately), they completely botched that entire Daniel Sprong situation. And the best part about it? They have no salary cap room and have absolutely zero top prospects. They are YEARS away from being able to rebuild that team unless, of course, they trade Crosby. So draw a line of chalk around the Pittsburgh Penguins because they’re dead this year, they’re dead the year after, and the year after that, and the year after that. 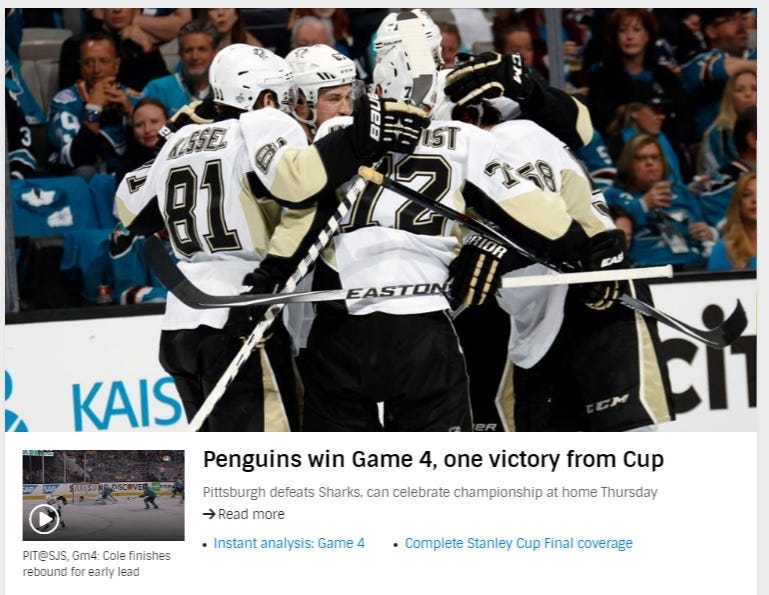 I’ve self proclaimed myself to be an idiot countless times on this website. Have said over and over again that I’m not an expert, just a dumbass with some internet connection that likes to talk about hockey. But out of everything I’ve ever written, I felt the most right about the Penguins back in January. I was SURE that they were one hundo p done. Thought for sure you could stick a fork in them and call it a season. And look at where we’re at now. Up 3-1 in the Stanley Cup Final and have dominated probably 9-10 periods of play so far. So I guess this is a bit of an apology to all you assholes living in Pittsburgh. You’re all still a bunch of pricks, but

Now here are some things that I obviously did not see coming back in January.

So credit where credit is due for the Pittsburgh Penguins organization. Credit to the upper management for being able to throw together a team that took the dumpster fire which they were back in January to where they’re at now. If you’ve watched any of this series so far, you’ll know that it’ll be next to impossible for the Sharks to win these next 3 games in a row. The Penguins have bundled them up for 4 games so far. They’ve held Couture, Thornton, and Burns all to just a pair of assists so far. They’ve held Patrick Marleau to just one goal so far. They’ve kept Joe Pavelski completely off the scoresheet. The big dawgs have been next to silent for the Sharks, meanwhile Phil Kessel has been playing like he thinks the Conn Smythe trophy is made out of hot dogs.

That was the juiciest of rebounds given up by Martin Jones. But just look at how much attention Phil Kessel demands. There are 4 Sharks with their eyes glued to him that nobody even thinks about picking up Ian Cole coming up through the high slot.

Once again, there goes Crosby cheating on the face-off by winning the draw. Is he taking adderall to get so good at timing up the puck drops? It sure as heck seems that way and I wouldn’t mind the NHL digging up an investigation on that real quick. But outside of Crosby being a cheating bastard, that vision of Phil The Trill to find Malkin on the back pipe and then thread the needle like that is outrageous. Kessel has 21 points in just the playoffs alone so far and is seriously making the case for himself to win the Conn Smythe. Thank god Team USA kept him off the World Cup roster… (this is where a Kermit the Frog “that’s none of my business” meme should probably go)

So yeah, I guess our only hope now is that Crosby gets busted for taking adderall. Or maybe we can go through Matt Murray’s room. He’s only 22 so I’m sure he still has his fake ID in there somewhere. Bust Matt Murray for having a fake, Fleury has to go back in and all of a sudden we still have a series on our hands here. But unless those two things happen, it looks like Lord Stanley’s Cup will make it’s way back to Pittsburgh. The thought of that alone makes me want to off myself, but the Penguins have done everything to deserve it. So I guess I’ll just go fuck myself.

At least Metallica kicked ass last night during the anthem.