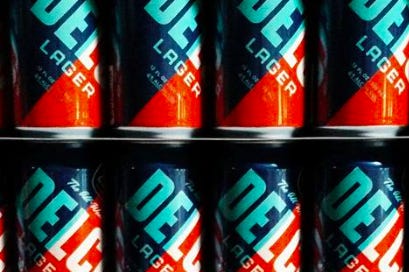 DELCO – Just in time for summer, one of the region’s most promising breweries is set to debut a canned version of its popular American amber lager, specially branded with a local stamp of approval. Aston-based 2SP Brewing Company, launched last year with lineup of seven beers, announced on Monday that it will release a canned version of Delco Lager to area distributors beginning next week. “We couldn’t be more excited about releasing this beer in cans because it is a beer we brewed for our home and our people,” the brewery wrote in a Facebook post. “This beer is great for primo hoagies and chill nights, Delco tacos (pizza), tail gaiting, corn hole, a compliment to filet or cheese burger, and best drank with a no b.s. sensibility.” Cases and six packs will go on sale out of the brewery this Saturday, June 10, and will be released to regional distributors on June 13. Bbranded as the “All Weather Beer,” Delco Lager will be a malty American amber with a “whiskey flavor.”

That’s it. May God have mercy on everything. The draft version has been around for a bit, but now we have the honor of seeing these cans littered outside every shanty in the region. First off, those cans are WAY to bright colored and uplifting to be Delco represented. Those things should be dark, soulless and possibly be wrapped inside a ’96 Ty Detmer jersey. Also, “malty American Amber with a whiskey flavor”, my dick. It’s not allowed to resemble anything close to decent. That beer needs to reek of broken high school football dreams and taste like a drunk uncle’s tears over his massive gambling debt. And the “All Weather Beer”? Trust me, if there’s one thing Delcoians need it isn’t an alcoholic beverage that encourages them to drink during all four seasons. As if anyone in Delco has ever reconsidered drinking based on the forecast, anyways. What’s right is right, and Delco needs to be represented properly. No word on if it comes with the jorts, aggressive Eagles tattoos, and subtle, yet strong, hints of racism.