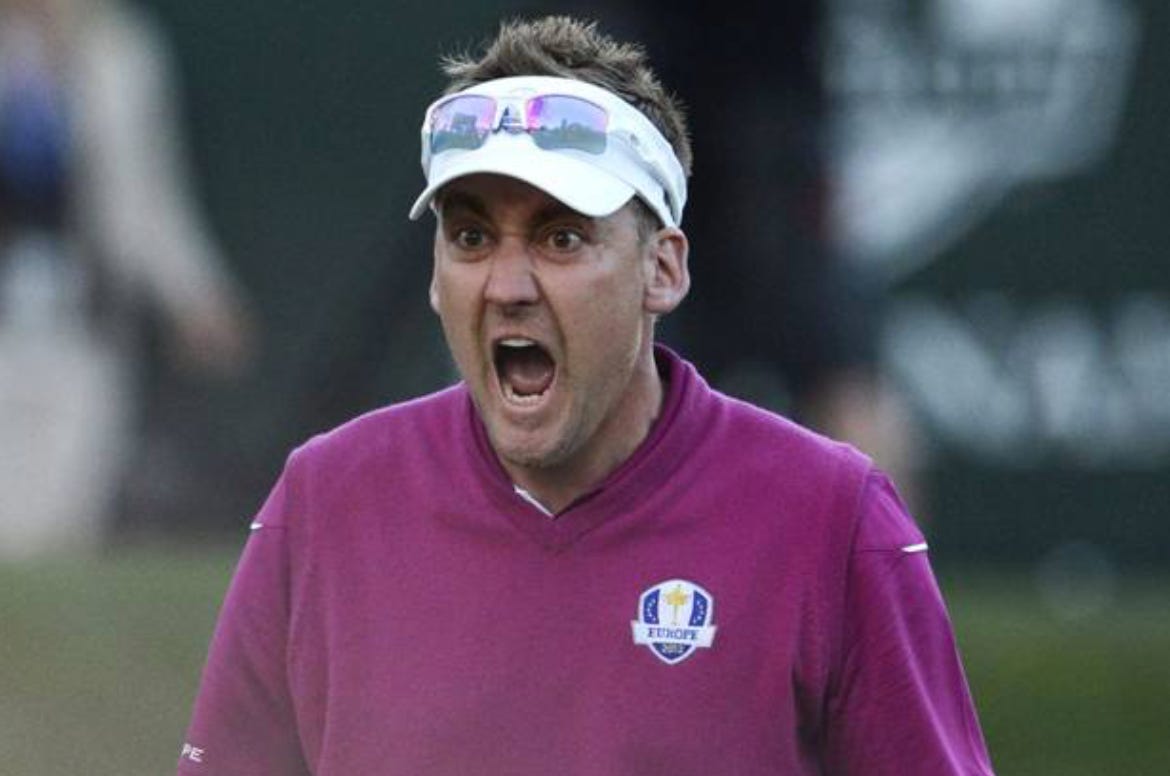 BBC- Ian Poulter has been named one of Europe’s vice-captains for the Ryder Cup after being ruled out of this year’s event with injury. The Englishman, 40, announced on Friday he will be out for four months with arthritic problems in his right foot. Poulter said he was “truly honoured”, adding: “Everyone who knows me knows how much the Ryder Cup means.” Thomas Bjorn, Paul Lawrie and Padraig Harrington have already been named as vice-captains by skipper Darren Clarke. This year’s Ryder Cup takes place at Hazeltine National in Minnesota, USA, from 30 September-2 October. Poulter has competed for Europe at the past five Ryder Cups, taking 14 points from 18 matches. “The best moments of my career have come when I have been wearing the blue and gold crest of Europe on my chest, knowing at the same time that the contest means so much to every player and fan,” he added.

Oddly good news involving Ian Poulter. This is the best of both worlds for Team USA and I couldn’t be happier. I hate Poulter but I’m also scared of him at Ryder Cups because he loves them so much and plays better because of that fact. Well now Americans will get to heckle the shit outta Poulter while not having to worry about him sinking putts right in their grill mix. Like I said in the original blog, the Ryder Cup is better when Poulter is there so this works out. He’ll be there but he won’t be able to do anything between the ropes. Poults is pretty much going to this event to be heckled. That’s the bottom line here. He has to know that going in. That’s what his week will be full of. Hecklers and chants of USA all over the damn place. Let’s just hope he doesn’t get anybody fired. He might actually punch someone in the face. It’s not unrealistic to think that might happen. I’d put it at about 70/30 in favor of him trying to bloody somebody’s nose. Can’t wait.