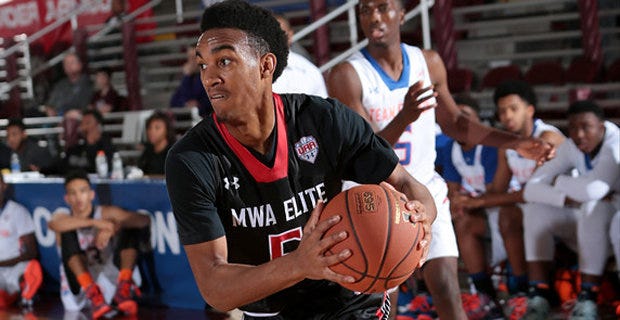 247Sports is reporting five-star guard Terrance Ferguson will not enroll at Arizona and opt to play overseas instead. The only way to say this isn’t shocking is when you realize Ferguson attended a sister school to Emmanuel Mudiay in Dallas. Mudiay of course decided to play in China instead of SMU as there were rumors he wouldn’t be eligible.

Ferguson is a top-20 recruit on all major sites and would likely start for Arizona, who has one of the best recruiting classes coming in this year. He’s a major threat from the three-point line and also insanely athletic. Oh, he can also do this:

If it’s true that Ferguson will go play overseas, he’ll become the second Arizona commit to do so as Brandon Jennings was supposed to be a Wildcat. For Arizona, they still will compete for the Pac-12 title with Oregon, but will now fall in preseason rankings. There will be more pressure on Allonzo Trier to score as Ferguson would have helped in that department.

As for these charter schools you have to wonder what the hell exactly goes on here. Ferguson was once committed to Alabama before opening his recruitment back up and going to Arizona.