Uh oh. This could be the beginning of the end for Donald “I’m not a politician” Trump. His whole campaign is run on the fact he’s a Washington outsider. That he isn’t like the rest of the politicians. (And that he hates minorities). Well, this is a bigggg slip up for a guy who has been trying so hard to prove he’s not like the rest of the Washington phonies. You cannot call the Warriors “San Francisco”. That’s like Marco Rubio playing cornhole overhand. Ted Cruz calling the hoop a “basketball ring”. Hilary…saying literally anything. Literally anything at all. I’ll give Trump credit, he made it pretty far in his campaign without a faux pas like that. But saying he was shocked people showed up to his rally because “you have San Francisco playing the game tonight” could not sound more politician if he tried.

PS: Actually, this is his 2nd faux pas. I can’t believe how fast we as a country got over the fact he orders his steak well done. Unless that was him trying to connect with the black voters, which would be a genius move. But if it’s true and he does prefer his steak well done, that’s the biggest sign that he’s a weirdo politician like the rest of them.

PS: This makes me laugh every time 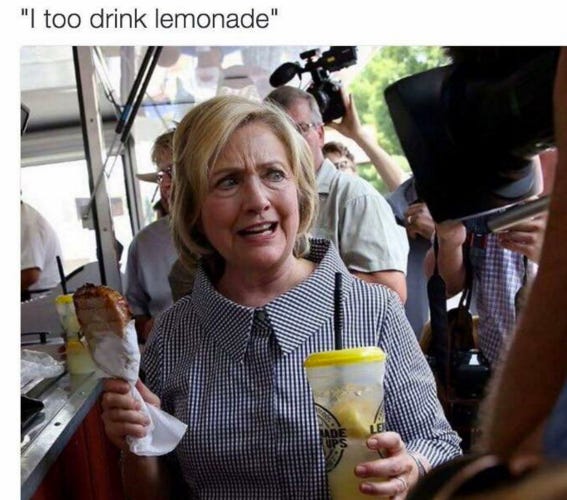