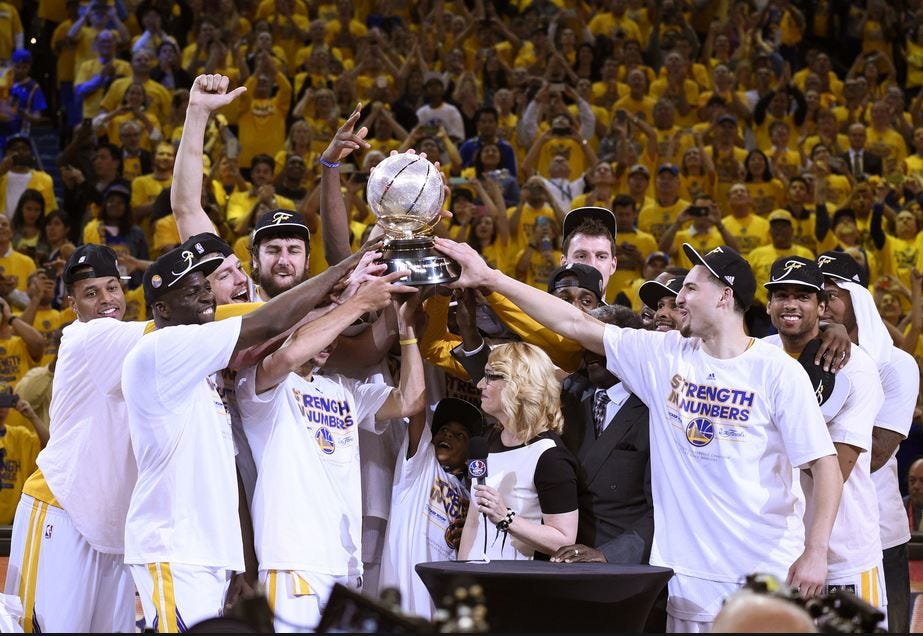 So the Warriors destroyed the Cavs last night. It was beautiful to watch. Total demolition job. Now everybody is basically handing the Warriors the title. Listen nobody wants the Warriors to sweep more than I do. Nobody want Lebron to drop to 2-5 in the NBA Finals and cement his legacy as the biggest loser in the history of not only basketball but sports. However having said all that this series is so far from over it’s not even funny. I mean look at OKC Vs. San Antonio. OKC lost by 100 in game 1 and came back and won the series with ease. There is no chance this series isn’t going to be a knockout dragout war. I guarentee you’ll have plenty of chances to hedge your bet along the way if you have Cleveland at +320. I’m not placing that bet because it would kill me to root for Bron Bron, but as a public service to people who don’t despise him as much as me or love him (Like Big Cat) it’s a no brainer.