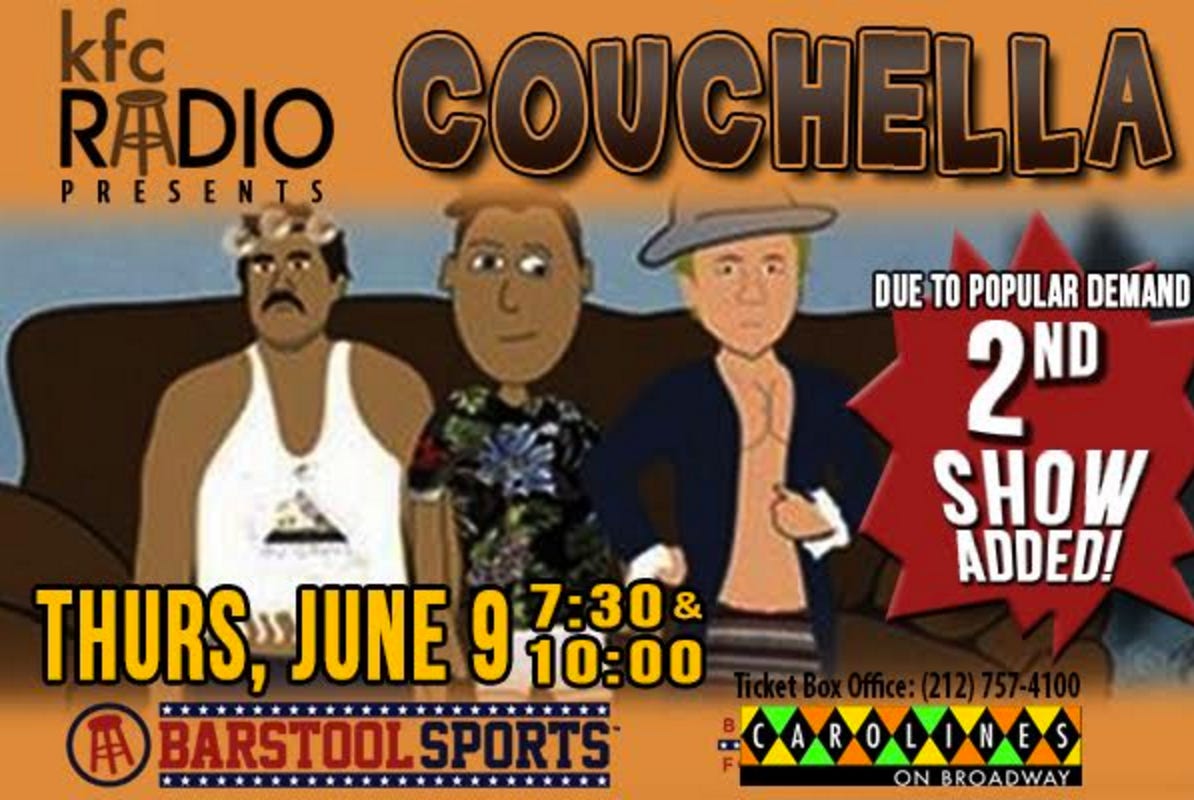 One week from tomorrow, the KFC Radio gang takes the stage at Carolines on Broadway.

I have no idea what Caroline’s is like because I’m not a New York guy but apparently it’s the real deal. Tracey Morgan was there just last week, and now 3 fat idiots are going to sit on a couch for 2 shows and try to entertain you. We’ll probably fail, we’ll probably say some dumb regrettable shit, we’ll probably get too drunk and slur our words. But isn’t that half the fun? Come on out, looking forward to it. 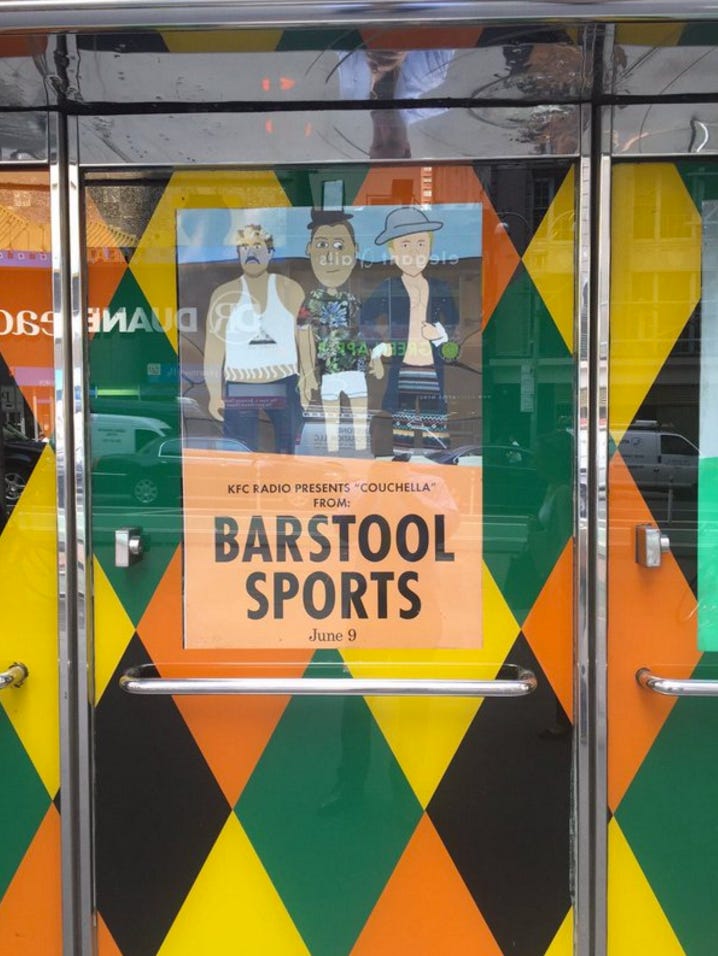 There are still tickets available for the 10pm show. The 10pm show will be different from the 730 show so you can buy tickets to both if you want a full night of entertainment and to be honest the 10 pm show will most likely be remembered as the “drunk show” so it will definitely get interesting.

GET YOUR TIX HERE

I’m pretty nervous about sitting on a couch in front of a bunch of people, think I’m just going to go with the old pillow on the stomach thing. 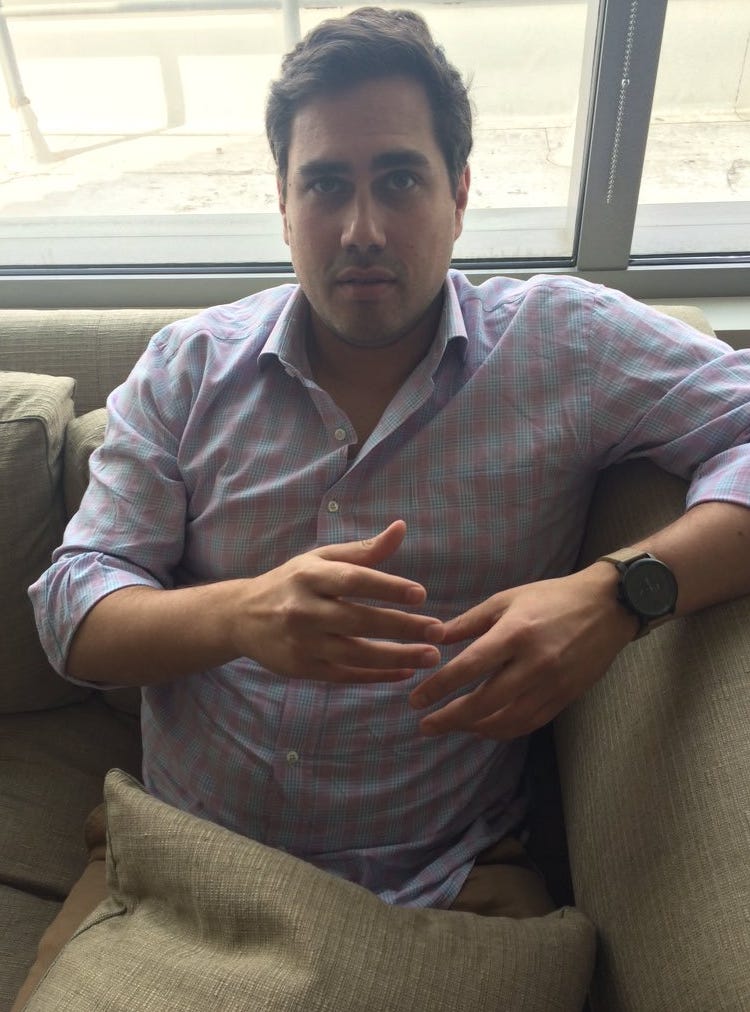