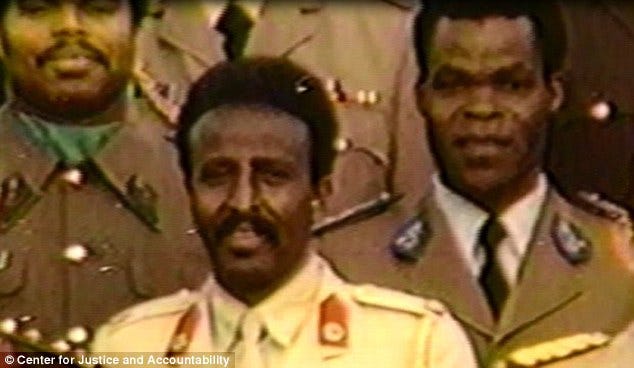 CNN – The local and federal agencies handling American airports could not explain Thursday why an accused war criminal was hired as security guard at Dulles International Airport despite the fact that authorities knew about the serious allegations against him.

As CNN exclusively first reported on Wednesday, Yusuf Abdi Ali, who is accused of committing atrocities while he was a military commander during Somalia’s brutal civil war, has been living outside Washington, D.C., for about 20 years. A CNN camera captured him guarding a security exit where ticketed passengers leave the airport.

Just when terrorists start thinking our airport security is getting soft we go and hire this guy. A Somalian war criminal. Love it. We aren’t just putting retired marines or wannabe cops back there. No sir. Yusuf here is accused of burning villages, mass executions and torturing his enemies. Good luck sneaking your 3.5 oz toothpaste bottle past this savage.

In fairness, Yusuf wasn’t like a real airport security guard. He was the exit guy.

A CNN camera captured him guarding a security exit where ticketed passengers leave the airport. 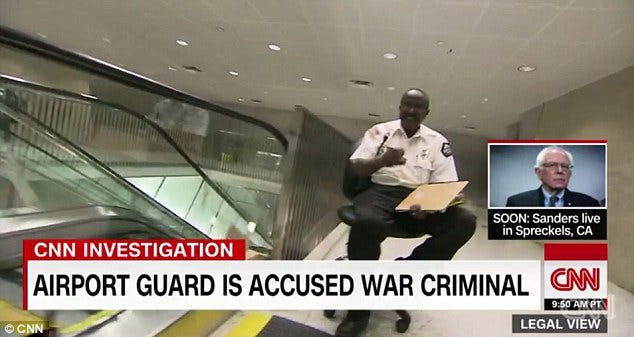 These guys don’t count. They’re just glorified Walmart greeters right? Pretty sure you could walk by with a bazooka over your shoulder and he’d just nod/keep grinding on his crossword puzzle.

PS – Story really makes you wonder about your average street bum. They’re hiring Somalian war criminals at airport security now and these people can’t get a gig tossing some cream and sugar in an iced coffee? Figure it out fellas.