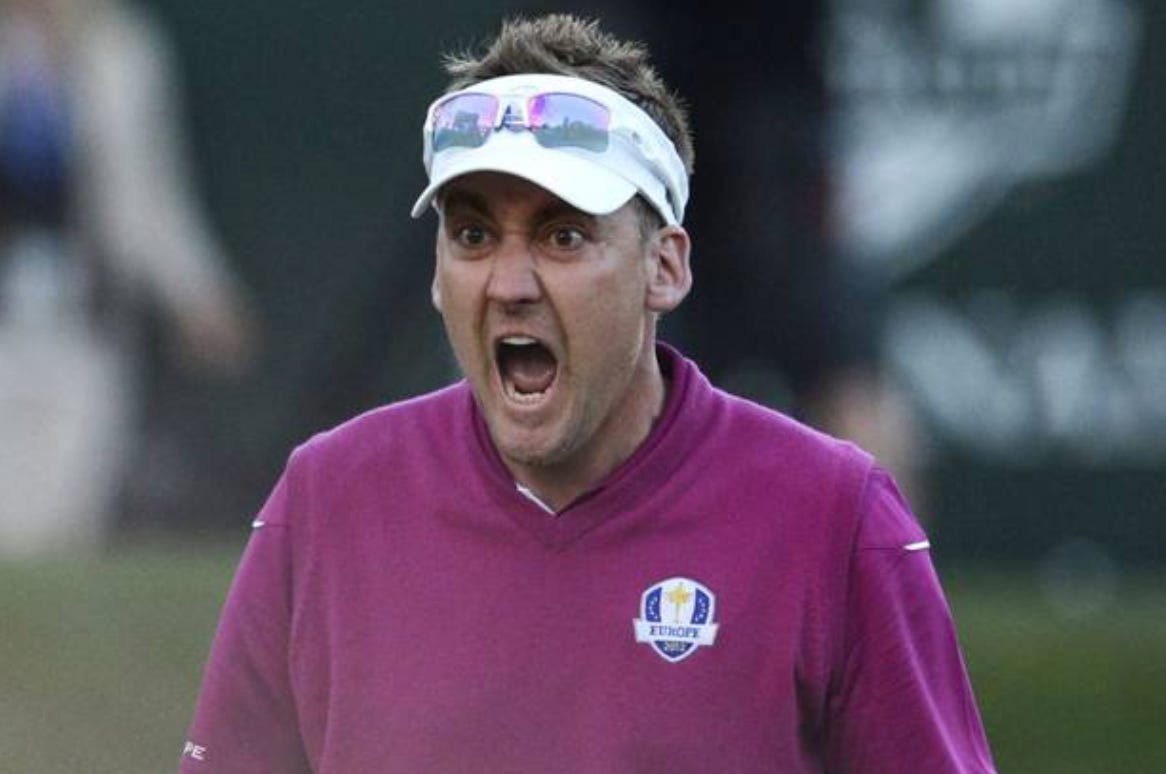 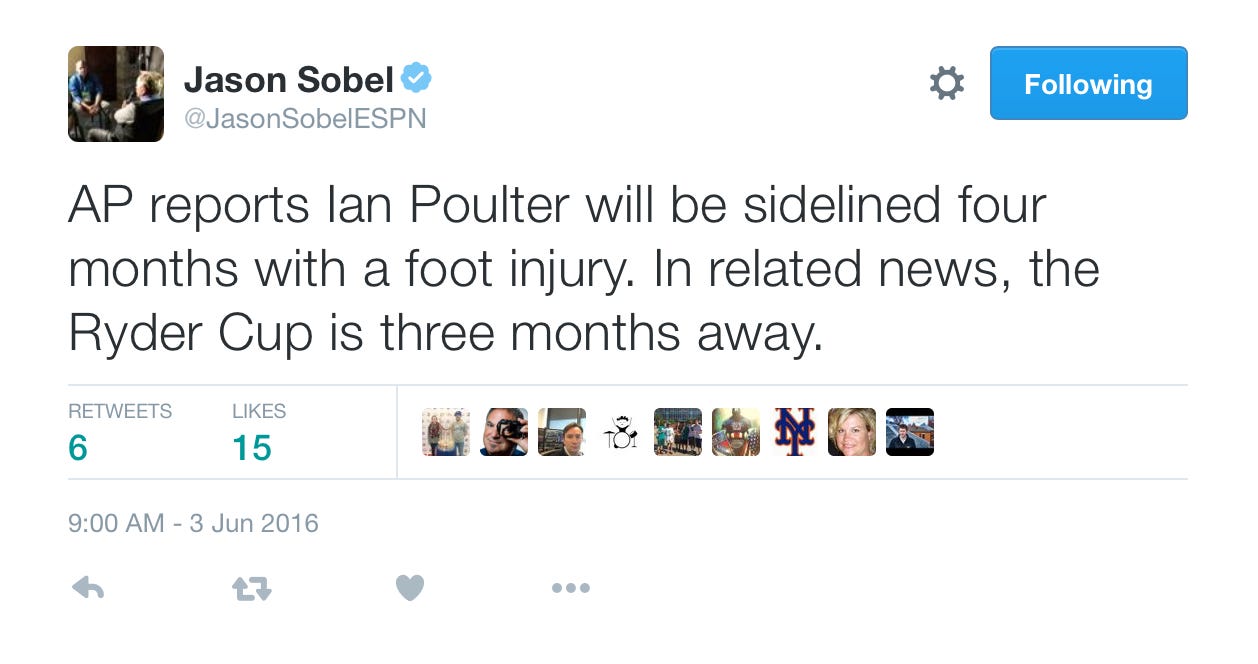 Oh Ian I’m sooooooooooo sorry. A couple things. People will undoubtedly say, “The Ryder Cup is better when Poulter is involved. The guy is an asshole but he makes the Ryder Cup more entertaining” and those people are 100% correct. I’m with those people. As much as I hate that frosted tip, Ferrari-collecting, Twitter-blocking ball of European rage, the Ryder Cup is better with Ian Poulter. There’s no getting around it. He brings a more heated rivalry to the table. But here’s the thing, Poulter wasn’t in line to make the Ryder Cup team anyway. He’s ranked 85th in the world. He obviously can’t put himself in position to make the team by not playing at all for the next 4 months. What I’m saying is Poulter isn’t exactly lighting the world on fire right now so him not being involved in the Ryder Cup is less significant. He does seem to raise his game at the Ryder Cup and I fucking hate it but whatever. Either way, I’m not gonna cry over the injured foot of one of my sworn enemies. I won’t do it. It won’t matter whether he plays or not anyway. Team USA is gonna blow Team Europe outta the water this year (please god let this be true).

OR this is setting up perfectly for Poulter. He’s hurt all the way leading up to the Ryder Cup then at the last possible second he says he’s healthy enough to play, Darren Clarke makes him a captain’s pick and Poulter becomes a conquering hero by playing on a bum foot. I don’t need that narrative in my life. I don’t want that narrative in my life. I’d just rather him be injured and as far away from Hazeltine as possible come the end of September. If that makes me a bad person, so be it.