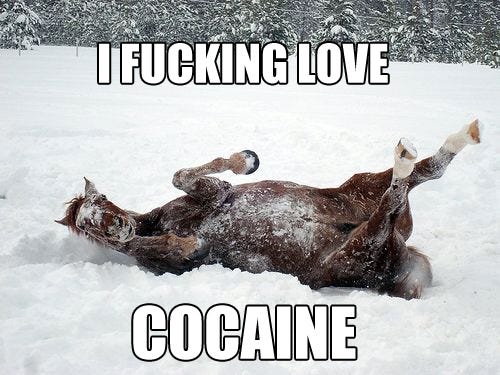 Yesterday we chronicaled Nyquist the horse’s last couple weeks, where he’s allegedly been packing on pounds amid a torrential binge of drugs, fast food, and banging loose phillies. Now, the 3 year old Kentucky Derby Champion has friends and family concerned about his well-being after deleting his twitter account and basically falling off the face of the earth.

No one wants to see Nyquist get the help he so badly needed more then me, but sometime you have to let a horse hit rock bottom on its own. It’s become quite clear that Nyquist has a major martyr complex driving him toward’s self-destruction that he’ll need to address- you put a wreath of roses around this guys neck and he’ll call it a crown of thorns. Theres a fine line from sniffing glue to becoming it, and hopefully Nyquist will learn his lesson before its too late.

So Nyquist if your out there- just know that people care about you. Open invite to come on Pardon My Take to begin the healing process.