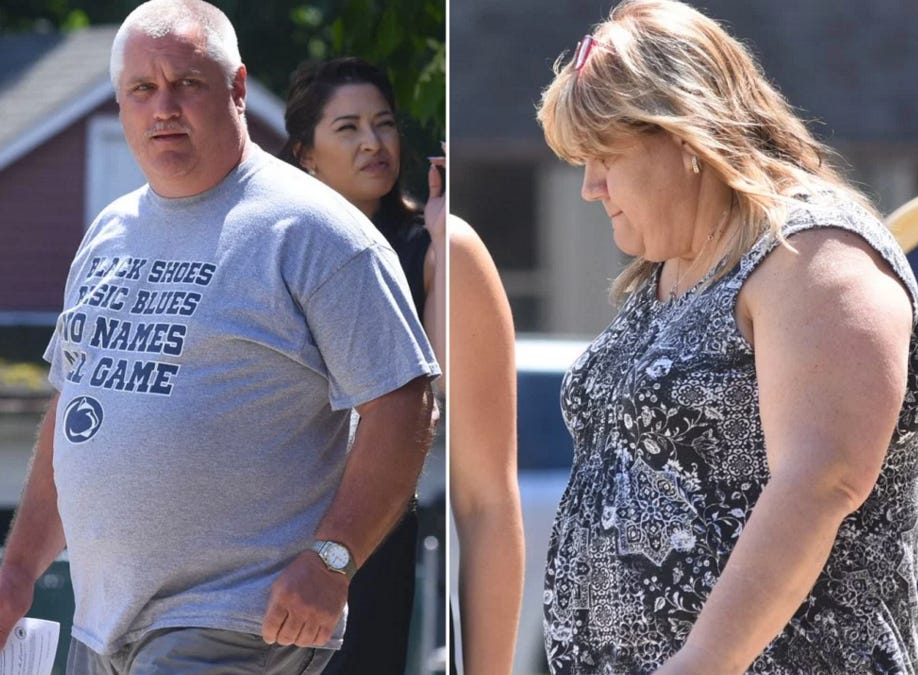 NY Post - A couple who helped steal more than $175,000 from a grocery store where they worked used that money to buy a winning $1 million lottery ticket from the same store, state police said.

Joan Lechleitner, 51, and her fiance, Kerry Titus, 54, both of Pottsville, were charged Tuesday along with two other former employees with stealing from the Agway store in Cressona. They rang up bogus returns and pocketed the money from May 2011 until March 2016, police said in a criminal complaint.

And some of the stolen money was used to buy lottery tickets, including the Cash 5 ticket worth more than $1 million on Sept. 11. Four winners split the prize of $1,047,618, with Lechleitner winning $261,904.50, state lottery officials said.

The store’s owner installed hidden cameras in January that showed the suspects stealing the money and buying lottery tickets, police said. A forensic audit and statements from the defendants helped police determine the amount stolen. The store’s owner, Ronald Yordy, told police he had to borrow money to keep the store afloat because of the thefts.

Can you imagine the fat person fucking those two crazy kids had after winning the lottery with stolen money? That’s the shit dreams are made of. Just two white trash Penn State supporters making it rich after working in a grocery store and stealing money on the side. Empty bud heavy bottles all over their lawn. And then they threw it all away by getting cocky.

And that’s the crazy part- that they stole $175,000 over the course of 5 years, won the lottery with that money, and kept going. They had it made. They could have gotten out of the game, but they couldn’t quit it. I have no idea how, but it took the store owner until January of this year to install video cameras when they were stealing money starting in May 2011. That has to be the worst store owner of all time. I’m imagining him balancing the books using pen and paper, just assuming it’s normal that he’s off by $50,000.

So the fact the employees got caught even after stealing the $175,000 and even after hitting the lottery is pure stupidity. They were working for and idiot, scammed him, hit the lottery, and then later on, nearly a year later, got caught. And that’s the problem as always in cases like this, the people get greedy and end up running the scheme for a bit too long. You have to decide when to end the scam job, pack up your money, and move away. It seems like they won the lottery last September, but they still kept going, stealing from the store until they were caught in March. That’s just cocky. I guess once you’re in the habit of it, and it’s worked out well for so long, you just keep on going, despite the big pay day. They had it so made- stolen money, big lotto bink. That’s the thing dreams are made of. Something straight out of a movie. And now they are going to have to give it all back to the idiot store owner. I hope they had fun with it while it lasted though, but man, those fat fucks fucked this one up big time.