Mamadou Diallo beat Earl Nash to death with a tire iron after the criminal attacked his wife https://t.co/WMvK0TUnkQ pic.twitter.com/pDEOG1C82V 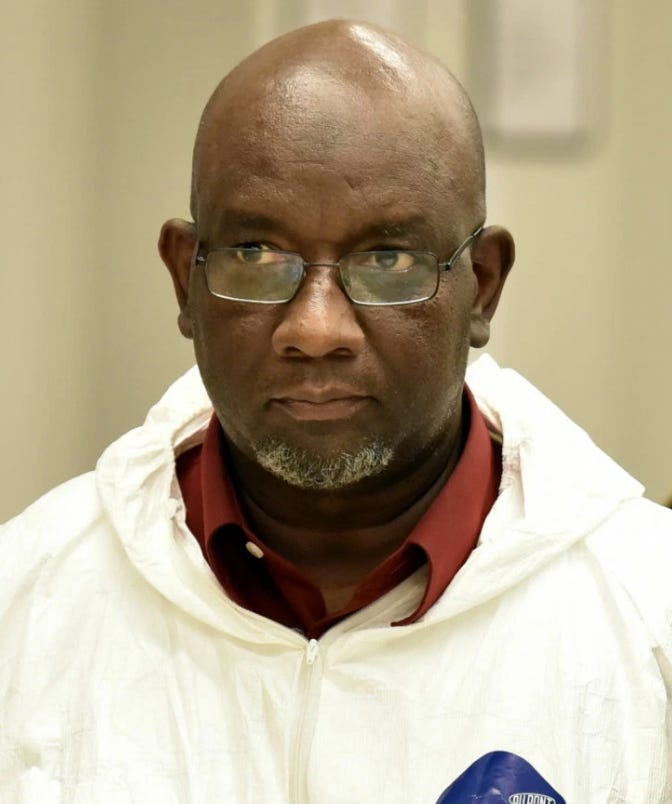 Fox News — A New York City woman says she and her sister desperately fought off an attempted rapist inside her apartment before she was able to grab a phone and call the first number she saw – her husband’s – who then returned to the building and beat the man to death with a tire iron.

Authorities say 61-year-old Mamadou Diallo beat 43-year-old Earl Nash – a career criminal — in the elevator bank of a Bronx apartment building Monday night, The Associated Press reported. Diallo was arraigned late Tuesday in the Bronx on charges including assault and criminal possession of a weapon. Diallo is free on his own recognizance.

“He threatened my wife,” Diallo, a livery cab driver from Guinea, told the New York Post as he was being led out of a precinct station house in handcuffs.

Nenegale Diallo, the wife, told DNAInfo that she thought her kids might have been trying to return home Monday night, so she opened the door – but Nash forced his way inside.

“If you want something like money, please let me give you. Please, leave me alone,” Nenegale said she told Nash, who locked both doors and began taking off his pants.

“I don’t want anything. I don’t want money. I’m going to rape you,” he said, according to Nenegale’s account.

Da fuk? Look, the moment you breach someone’s home you give up all rights. You’re declaring war. And when someone declares war on your home, on your family, on you, you do WHATEVER IT TAKES to win. Mamadou here got a call from his wife that she was being attacked and raped INSIDE their own home so he did what any man on planet earth would and should do — he returned as fast as humanly possible and beat this criminal to death.

This play should not only be protected, it should be celebrated. Instead… he’s in jail? Are you fucking me? Because of this?

Nash tried to flee the scene, Nenegale said, but then was attacked by Mamadou, police said. Nash later died at a hospital.

Yeah, of course Mamadou chased him down. What’s he just going to let him go? Hey sorry the rape didn’t work out, have a nice Memorial Day? No chance. You chase that fucker and beat him until he can’t move. Guy’s lucky he made it as far as the hospital alive.

“He’s a good guy. He’s been in this country 27 years and never had a problem,” a friend who asked not to be named said of Diallo.

Versus the career criminal, who broke into strangers’ home attacking and raping people:

Police say Nash has been arrested 14 times since 1997 on charges ranging from selling drugs to harassment, and there is no indication that he knew the Diallos before Monday’s attack.