BROOOOOOOO. Neymar out here taking cuts like your grandma who’s about to die from cancer! Holy shit man! I legit GASPED when I watched this. Not exactly doing any favors for the reputation of soccer players out there. I mean I know I’m not exactly a 5 tool athlete but Neymar looks like he just miraculous stood up out of a wheelchair after being paralyzed his whole life. Doesnt look like a goddam World Cup athlete from Brazil. Arguably a top 5 soccer player on the fucking planet and he cant even hold a baseball bat. I’m not asking the guy to be Ted Williams with the stick but a guy with his level of athleticism should be able to at least hold a bat correctly. Like just watch how baseball players do it and then mimic it at least a little bit, dude. It looks like that bat either weighs 150 pounds or Neymar has literally never used his arms before. Too ingrained from soccer to use his upper body at all. Ever. It looks like hes taking batting practice on the surface of the moon. It looks like he’s a righty and just doesnt know it. How does a soccer player with some of the most nimble feet you’ve ever seen just keep them cemented to the ground like that??

Oh whats that? He’s rocking his own custom Neymar x Jordan 5s with the 3M material and Infrared hits because hes one of the best in the world at what he does? 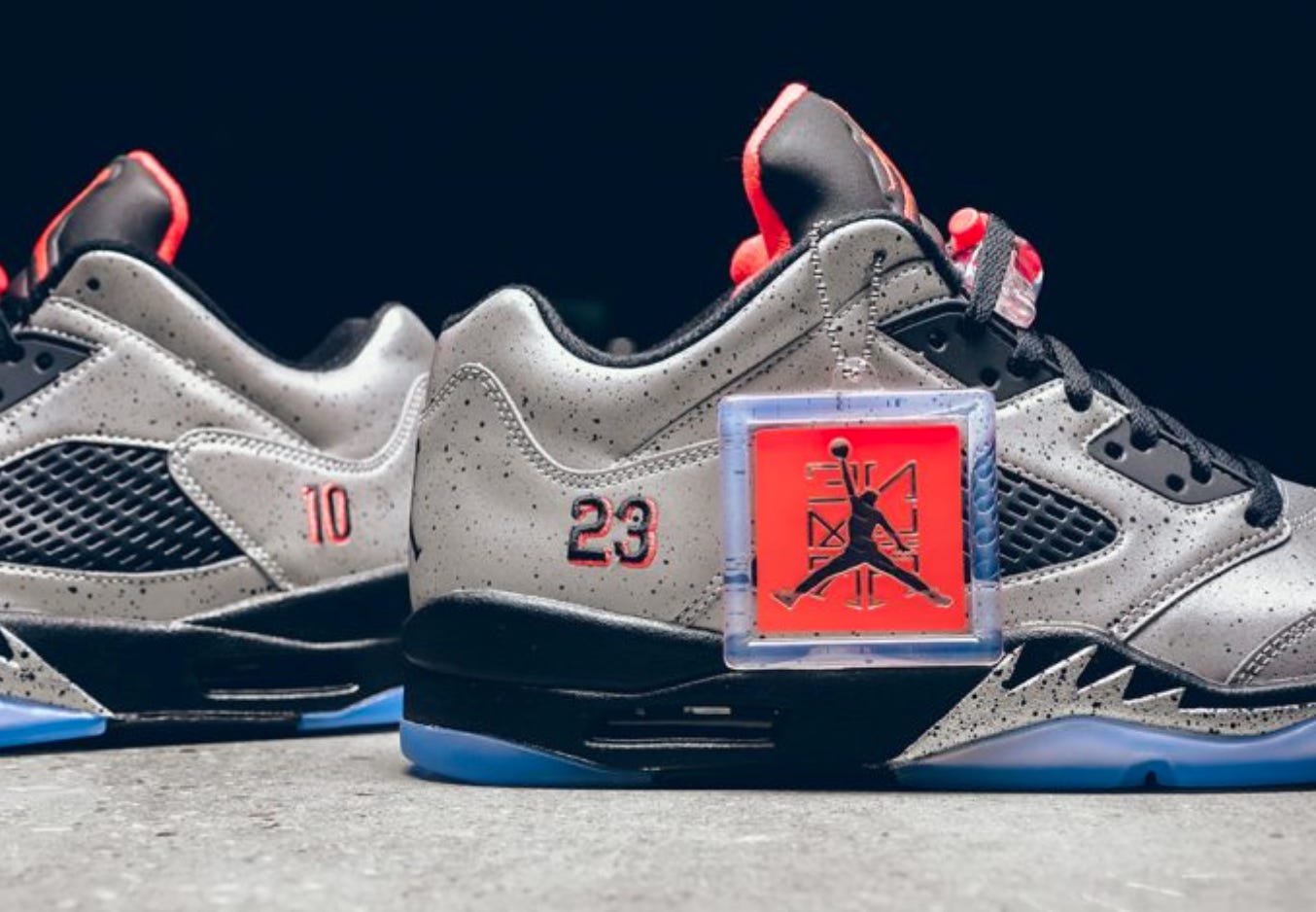 Probably just didnt want any creases in the toe box. Cant blame him. Look good, feel good, play soccer good and fuck the rest of the sports that dont actually matter to you. Ask Bryce Harper to dribble a soccer ball and do some of the shit Neymar can do with his feet and I bet he looks like an idiot too.