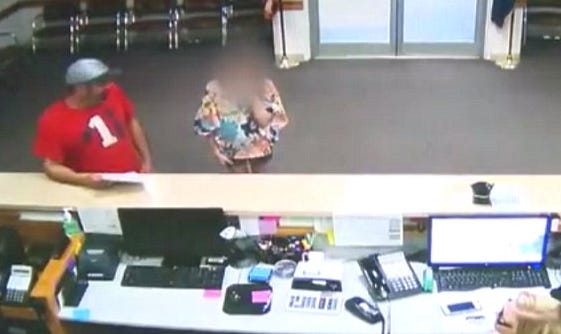 Daily Mail - A father in Kentucky sporting a ‘#1 Dad’ t-shirt used his daughter as a human shield as cops tried to apprehend him. Jonathan Morrow had entered the Johnson County Sheriff’s Office last week to file an emergency protective order against his wife. He told police his wife had run off to Ohio with a man she had met on the internet and he was afraid for his own safety, as well as the safety of his children.

However, officers soon discovered Morrow was wanted out of Tennessee on drug trafficking charges. As he fled the station, he used his teenage daughter as a shield from the cops moving to arrest him. Deputies said after they confronted Morrow, he shoved his daughter and tried to run away. Deputy Danny Martin tried to taser him. ‘Initially, after he started running, he picked his child up and actually tried to use her as a human shield and at that time I did not have a clear shot with it so I had to make sure that she was safe,’ Martin told WYMT. 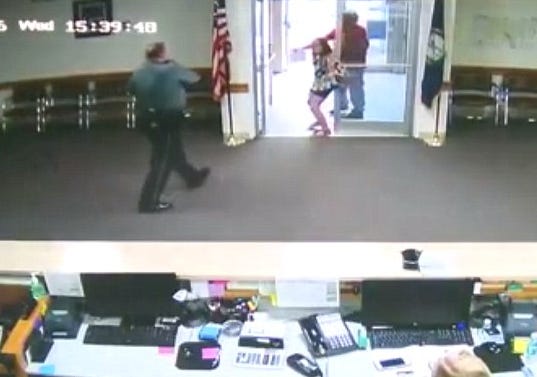 Just your every day Wednesday for a typical 14 year old girl. Her mother ran off to Ohio to shack up with a man she met on the Internet, and her drug trafficking father took her to the police station where they then tried to arrest him, and would have, if he didn’t use her as a human shield against their stun gun. Then I guess they went out for ice cream and pizza, just a casual Wednesday with the #1 Dad.

I’m not completely convinced I buy the cops story that he used her as a shield. I think she’s in on this too. I think she was trying to protect her old man. He is the #1 Dad in the world, after all. There’s only one #1 Dad, and he’s it. Right there in Kentucky. Which is why I wish the cops held off on trying to arrest/stun gun him right there on the spot. The girl’s mom just skipped town to meet up with someone she found on FarmersOnly.com, maybe give her a few days to settle down before shocking her father with 2,000 volts of electricity. I think they owe it to them.