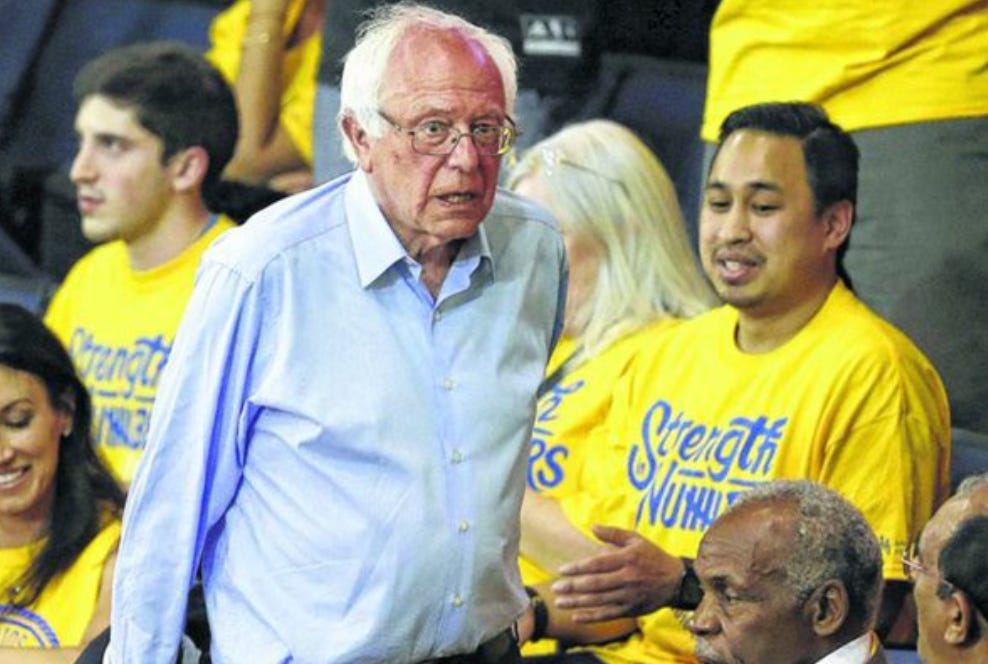 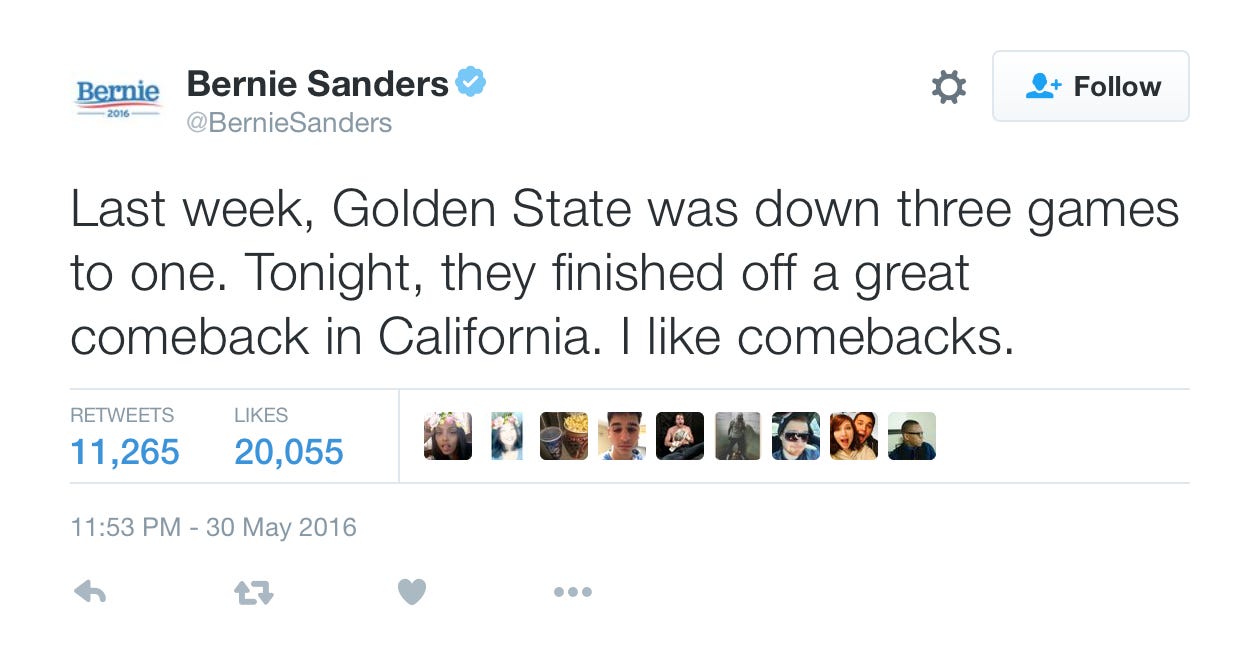 NBC News- Seeking a great California comeback of his own, Sen. Bernie Sanders attended the dramatic finish of the NBA Western Conference Finals Monday night. The Democratic presidential hopeful took in the game — which saw the Golden State Warriors complete a stunning turnaround to advance to the NBA Finals — with campaign supporter and actor Danny Glover. A campaign spokesman playfully likened the Warriors improbable win against the Oklahoma City Thunder to Sanders’ own uphill campaign battle against front-runner Hillary Clinton. “You know the Golden State Warriors were down three games to one in what many experts said was a [longshot] for them to win. Now they’re on the verge of a major comeback in California,” the spokesman said.

Quite possibly the most politician move of all time right here. Did Bernie Sanders go to Game 7 of the Western Conference Finals because Game 7s are super awesome? Because he got to see world class athletes like Steph Curry and Klay Thompson and Kevin Durant and Russell Westbrook square off against each other in an elimination game? You would think so but no. Bernie went for the #content it could produce for his campaign. He went so he could fire off one tweet at the end of the game if the Warriors won. “Hey the Warriors are from California. They’re about to complete a major come back. I want to complete a major come back in California. Get me tickets! This is perfect!” That’s right up there with Hillary dabbing and whipping and nae nae-ing and keeping hot sauce in her purse. All just straight up pandering. What would Bernie have done if the Warriors lost last night and not made their miraculous comeback? Would he have tweeted something like, “The Oracle sure has great nachos” and bounced? For shame. 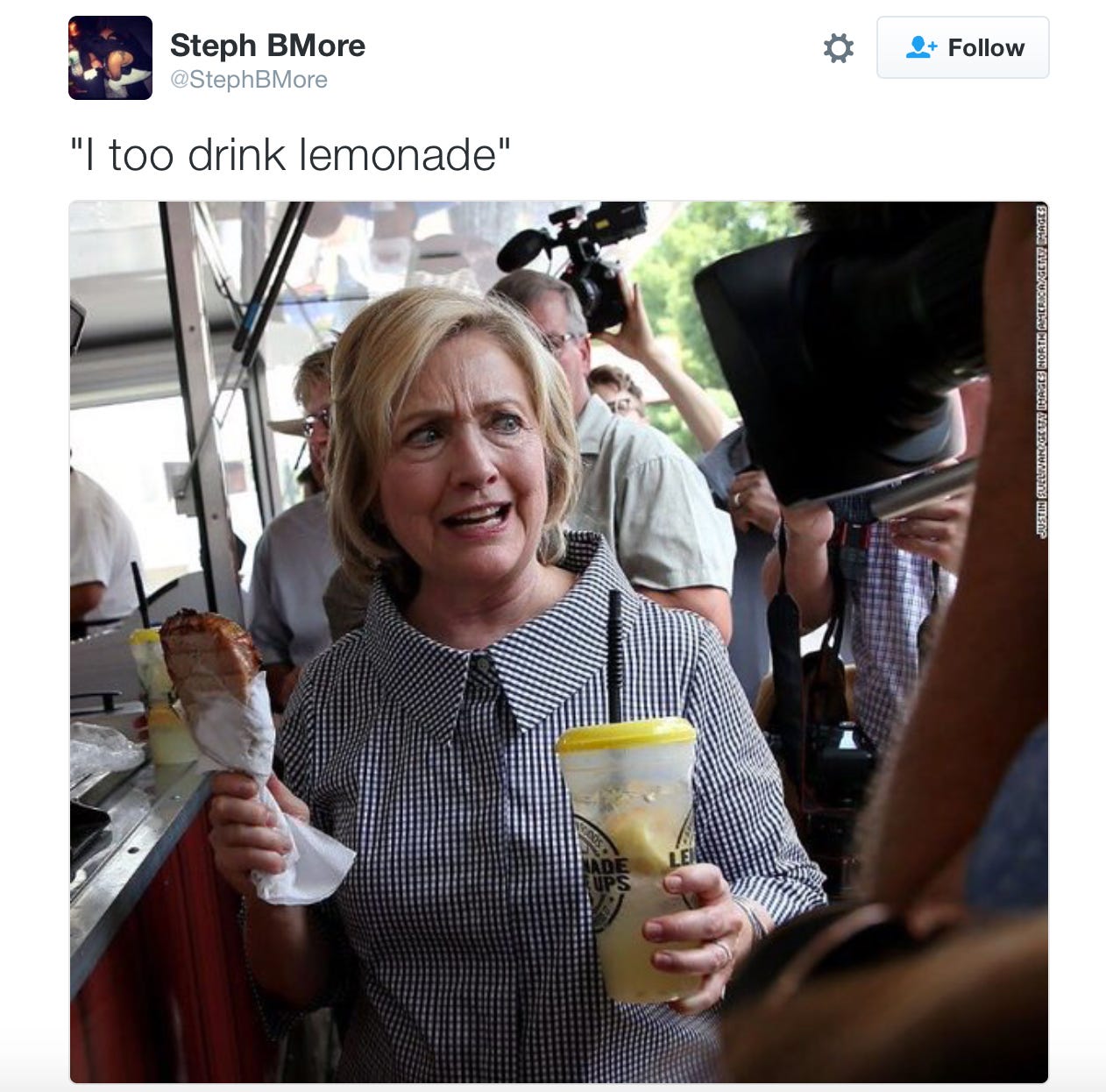