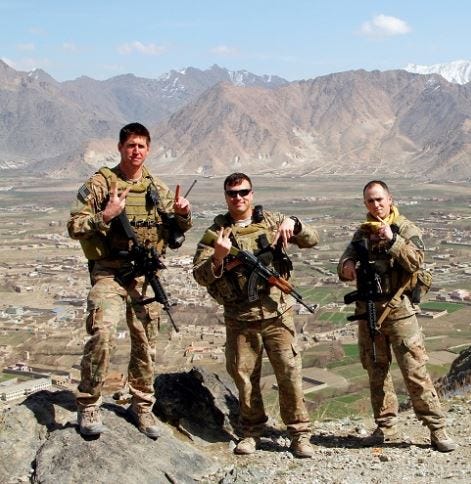 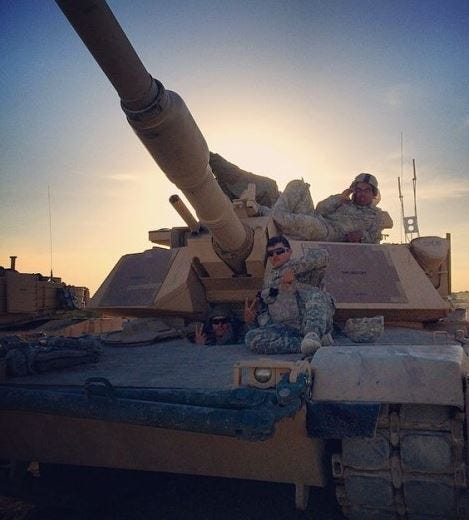 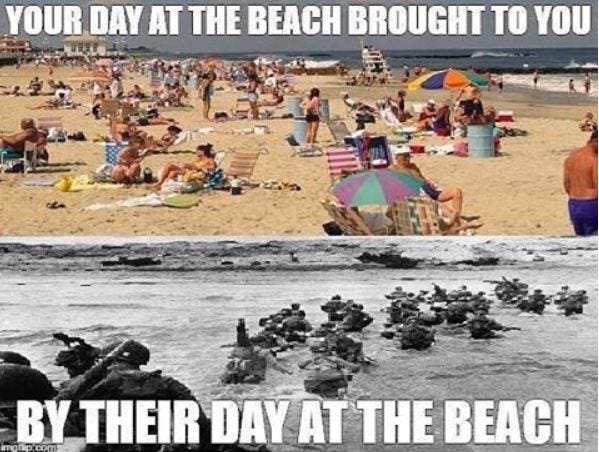 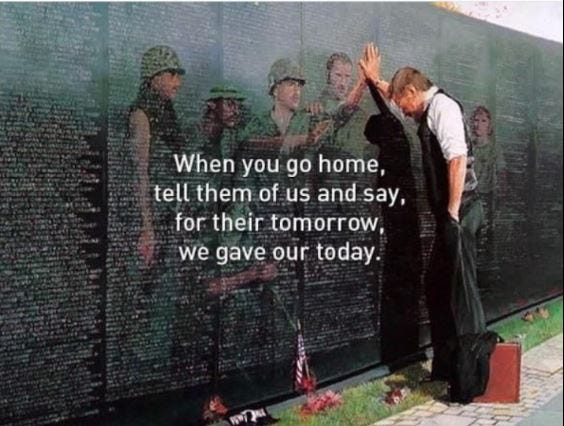 We should probably do it more often than we do, but I wanted to take a quick second to thank all the troops who have served this country past and present.  Thank all those who have paid the ultimate sacrifice defending us.  Despite all our countries flaws it’s still the best place to live on earth.   And all the freedoms we take for granted only exist because of those who have fought to protect them.  So from all the Stoolies everywhere we say thank you.   God Bless America.  God Bless our troops.

And as I do every Memorial and Veterans Day here is my favorite article we’ve ever posted on Barstool.  This is the 8th year I’ve posted it.

Washpost - Even on Memorial Day, when the nation stops to honor and remember the fallen men and women in uniform who served in wars past and present, it is easy for the U.S. military to remain an abstraction. The troops toil at distant bases and fight far-away battles, becoming real to their fellow citizens mainly when they lug giant rucksacks through America’s airports at the beginning and end of their leaves

As a military reporter, I’ve had the chance to see them as they really are, in those odd moments between boredom and heroism, when they’re waiting for a helicopter, killing time on outposts or starting to bump down a road that may or may not be laden with explosives. I witnessed one such snapshot last month, as I sat on one of the last U.S. helicopters preparing to fly into eastern Afghanistan’s violent Korengal Valley. American commanders were only a few weeks away from shutting down the base there, ending a bloody five-year stalemate with the Taliban. It was just after 9 p.m., and streaks of lightning flashed against the black sky. Fifteen minutes passed. The copter was grounded. It was then that two of the soldiers from the 4th Brigade of the Army’s 4th Infantry Division launched into a profanity-laced argument over a burning question:

Is Connecticut in New England?

The first soldier gamely insisted that Connecticut couldn’t possibly be part of New England because everyone from Connecticut cheers for New York sports teams: the Giants, the Jets, the Mets, the Yankees, etc.

A third voice from the darkness suggested that Long Island is also in New England. But the first two soldiers — both from Boston — told him to shut up, because Long Island is definitely in New York, and New York is not on anybody’s New England list.

The lightning kept flashing. Still grounded. In about 90 minutes the moon would rise and illuminate the sky, making it far too easy for whoever shot the Chinook last time to hit it again.

The soldiers’ geography debate shifted to another topic: whether Brockton, Mass., is more dangerous than the Korengal Valley, where more than 40 U.S. troops had died over the past five years. One of the New England soldiers insisted that five of his relatives had been killed in Brockton, so he was pretty sure it was more dangerous than the Korengal.

It’s still one of my favorite blogs I’ve ever posted. Just a great story. So good that I promised to post it every Veterans Day and every Memorial Day for as long as the Stool is in business.  Because the reporter is right. It’s real easy to forget all the troops serving abroad all over the world. But at the same time there is something comforting knowing that Boston guys are probably running the show in every platoon protecting our asses and just dominating shit. Because whatever nameless local soldier the author was referencing in this article is dead on. The Korengal Valley ain’t shit when you grew up in Brockton. So here’s to all our troops serving everywhere especially the New England ones.