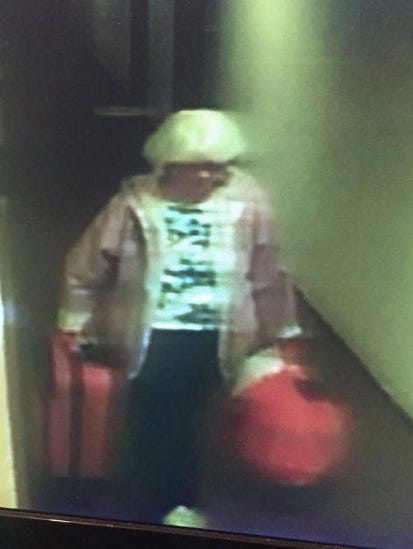 SARASOTA, Florida — An elderly Weymouth woman reported missing had simply decided to move to Florida without telling her family, according to police there. WWSB, an ABC affiliate based in Sarasota, reported Tuesday that a bus driver recognized one of his passengers as the missing 75-year-old woman and contacted local police. The woman told police that she had decided to move to Sarasota to get away from other people and did not tell her family about her plans because she didn’t want them to try to stop her.

God I love this lady. I’m a huge fan of the Irish goodbye so just Irishing on life is basically my dream.  It’s one thing to peace out on your friends then meet up with them at brunch the next morning, it’s another to sneak out the back door on your family then just head to die. Respect, babe. Who can blame her, after all? Once you hit old age you basically become a family mascot who gets trotted out for big games (Christmas, birthdays) and stuck in the corner to remind everyone of the past. You’ve gotta bring presents and everyone kinda just gives you a hug hello then goes about their business with the people their age. Fuck that. I’m 100% stealing this move once I hit old age and making a run for it, like how dogs run away to die alone.