Moon. Shot. City. That’s one way to break out of a slump, hit your longest home run of the season, a 430+ foot shot to the 3rd deck, with a lucky bat and without batting gloves. 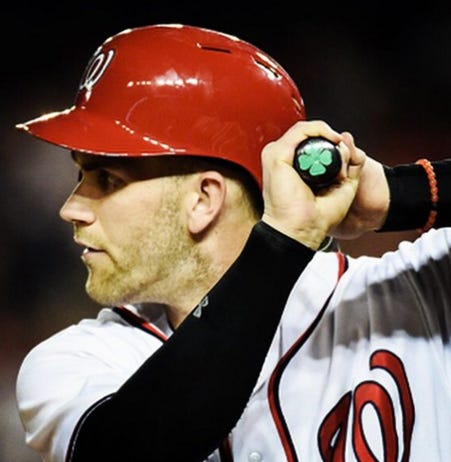 After batting .286 with 9 home runs in April, Bryce has had his worst month of his career in May, hitting just .197 with 3 home runs. The sick thing though is he’s still getting on base at a .446 clip, which is ridiculous considering that batting average. 31 walks this month through 25 games will do that.

After that home run, Bryce took a pair of scissors and shredded those bad luck batting gloves. Slump over, batting gloves in pieces, he’s on to June.