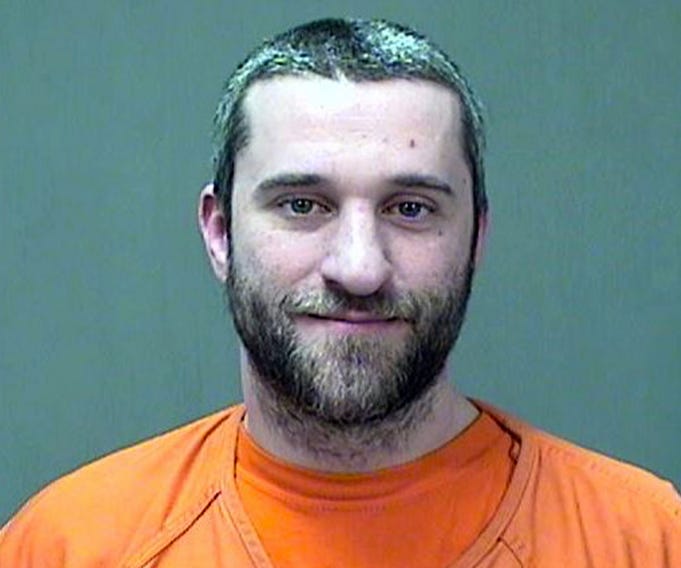 WTOP – Former “Saved by the Bell” star Dustin Diamond is back in jail in Wisconsin after an official says he violated the terms of his parole. Ozaukee County jail records show Diamond, who was recently released after serving time for disorderly conduct and concealed-weapon convictions, was arrested Wednesday.

It’s not often that you come across a celebrity that you would not want to trade lives with. That you wouldn’t trade you life for their bank account and fame. I think Screech is one of the rare one’s where even if you’re in a cube right now, if offered a swap, you would probably be like “Screech? Really? Ehh….I’m good bro.” While a Google search estimates that he has $500 thousand or so in the bank, that’s pretty much the only thing he has going for him..and it’s not like 500 grand is so much that you can quit work and live off of.

So what’s a perk of being Screech? It’s not like he really gets hot chicks to sleep with because he’s Screech. I’m sure there are some disgusting girls out there who will bang anyone who is remotely a little bit famous, but they can’t look any better than Rob Ryan.

And so since he is in that “has a decent amount of money but not enough to retire” area, he has to do those wacky VH1 shows like Hulk Hogan’s Celebrity Championship Wrestling, where people are only tuning in to him get his ass beat.

Everywhere he goes, he’s Screen. Dustin Diamond doesn’t even exist to 95% of people. Screech, the loser from a TV show from 20 years ago, is what he’s reduced to. He’s famous enough that people want to take pictures of him and with him in public, but not for any good reasons.

So what’s a better life? Being Screech, or just being a regular dude making 75k a year in a cube?