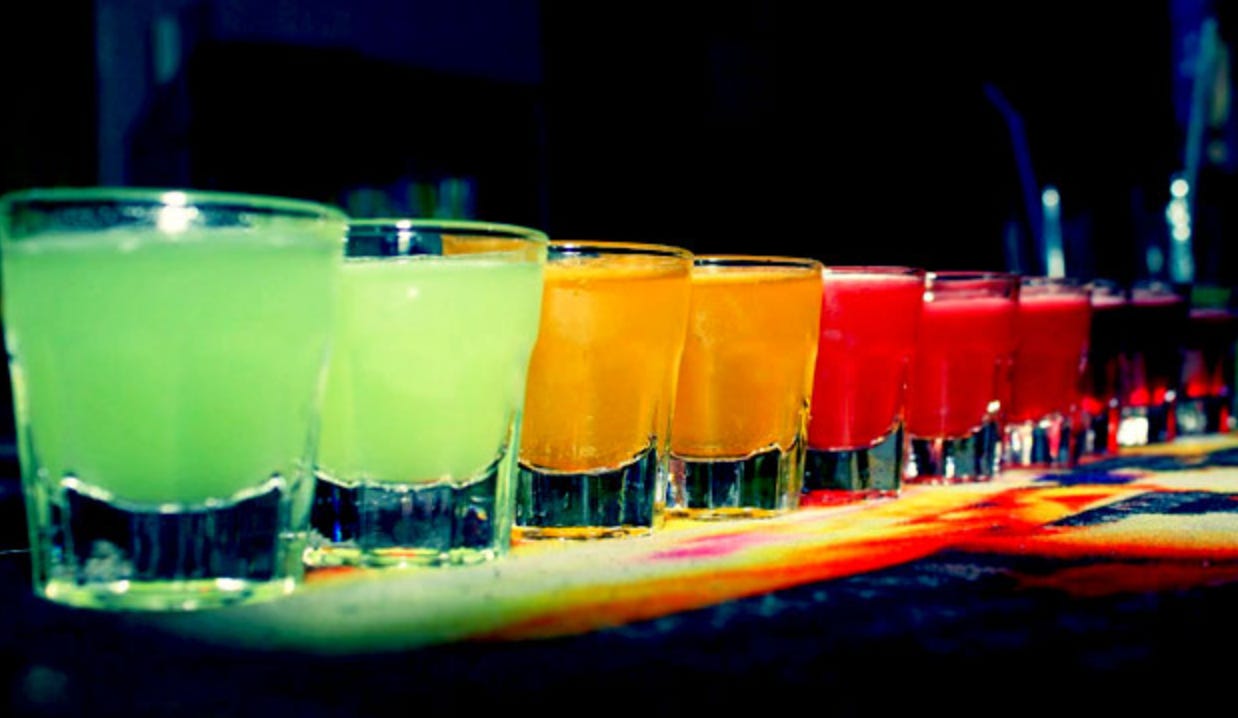 Daily Mail- This is the British teenager who nearly drank himself to death after downing 75 shots in a Spanish bar. Cameron Relf, 18, was left critically ill after being dared to drink a deadly amount of Sambuca and caramel vodka in Magaluf. But after an eight-hour stay in hospital that saw him hooked up to a drip, he has vowed to get straight back on the booze tonight – and for the rest of the week. He said: ‘We had been up for a really large night out – but that’s what you do in Magaluf. The shot girls just kept getting us to drink more.’ Relf, from Walsall, West Midlands, had been drinking with friends at Lush Bar in the Mallorcan resort when he was allegedly egged on by shot girls and gaggles of tourists to neck the spirits. Pictures showed him collapsed on the pavement outside the bar while being treated by paramedics as revellers looked on in shock. He was taken to hospital in a critical condition, placed on a drip and monitored for eight hours before being discharged by Spanish doctors. Remarkably, he is planning on getting back on the booze tonight and every night until he leaves on Sunday, suggesting that he might switch to drinking Jagerbombs to avoid another trip to hospital.

Nobody likes a quitter. That’s why this guy should be applauded instead of ridiculed for his bravery. It takes balls to basically die from something, anything, and then the next day be like, “I’m totally doing that again tonight.” This also sort of goes back to my blog the other day about hangovers and how bad they get once you turn 25. Note this kid’s age. He’s 18.  So of course he’s gonna go out the next night after drinking 75 shots the night before and almost dying in a hospital bed. 18 year olds aren’t affected by hangovers. They wake up the next morning after 75 shots and feel fresh as a daisy. Ready to take 75 more shots. If the story were about a guy in his mid-20s? He’d be dead. Dead and gone forever. If the booze hadn’t killed him, he would’ve killed himself cause the hangover was so bad. 75 shots?! That’s pretty much a death sentence for anybody but especially a person over the age of 25. I drink a bunch of beers and take two shots and I’m down for the count for the next 3 days. I’m not proud of that. It just happens to be my reality. Proud of this kid for taking advantage of his hangover-less years.