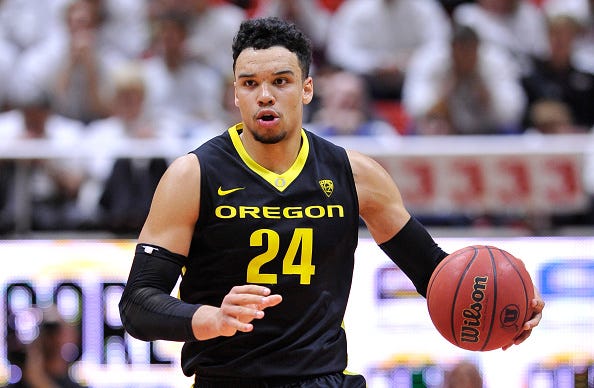 As any college basketball fan knows, yesterday was the deadline to withdraw your name from the NBA Draft and it was a pretty big day for college hoops fans. Nearly every big name who was considering leaving early is coming back, which means next year is going to be awesome.

Right off the bat it feels like two seasons ago where teams like Kentucky, Arizona, Duke and Wisconsin were loaded with talent and big names. This year there are about 8-10 teams that have the ability to blow people out on talent alone. At the top Duke is the clear favorite, with a roster similar to Kentucky’s in 2014-15 – though they won’t go undefeated at all.

The obvious winner of the whole thing were the players though. With the new rules – which we’ve talked about at length – gave them a chance to actually make a decision instead of rushing into everything. If the rules were that of the past, a good amount of players would have declared early because of a lack of information. This gave those fringe guys time to work out for teams and get true feedback on their games.

There were 45 players that decided to test the waters and eventually come back to college for another year. Names like Melo Trimble, Nigel Hayes, Jaron Blossomgame, Isaiah Briscoe and Caleb Swanigan all give star power to college hoops again.

So what teams/players benefited the most from the decisions and who got hurt?

Villanova (Josh Hart, Kris Jenkins) – For the first time since the 2006 Florida team, the national champs will return its top two-scorers. Jenkins was a no-brainer to return to Nova as he said that a couple of weeks ago but it was Hart that gives Nova a top-5 preseason ranking. I still question if Villanova’s defense can hold up with the loss of Daniel Ochefu, who made the zone special by his ability to stretch to the FT line while also being a rim protector and lateral defender. Hart was spectacular last season and bringing back him and Jenkins provides security on the wing.

Oregon (Dillon Brooks, Tyler Dorsey) – Both guys pulled their names out of the draft yesterday and Oregon is a favorite for the Final Four again. The Ducks return nearly their entire team that made a run to the Elite Eight and could get Dylan Ennis back if he gets a medical waiver. Dorsey always showed flashes of greatness, but really came on strong in the NCAA Tournament while Brooks is a dynamic scorer that makes Coach K an asshole on TV. Big win for America.

Kentucky (Isaiah Briscoe) – Kentucky needed Isaiah Briscoe to come back in order for them to be a true national title contender next year. There’s plenty of frontcourt depth for the Wildcats, but at the guard spot it was just De’Aaron Fox and Malik Monk. Briscoe’s return allows Cal to get versatile with his lineup – likely going with 3 guards due to Briscoe’s rebounding and defensive ability – and adds experience, something we know is rare at Kentucky.

The Big 10 – The Big 10 got 3 big names back for next year in Nigel Hayes, Caleb Swanigan and Melo Trimble. All three are capable of being first-team All-Conference and Hayes secures Wisconsin’s spot in the top-10 in the nation. Trimble’s return doesn’t make a ton of sense to me – unless he really wants to become a poor man’s Scottie Reynolds, as his stock won’t get much higher (he’s already 21) and returns to a team that is likely a bubble, slightly above bubble team. Swanigan though makes Purdue an intriguing team as he pairs up with Isaac Haas in the frontcourt, but the question remains if they can shoot the ball and questionable guard play.

Clemson – The loveable losers of the ACC, Clemson finally caught a break. Jaron Blossomgame, who very well can win ACC Player of the Year next year decided to return to school. The Tigers haven’t made the NCAA Tournament since 2011 and head coach Brad Brownell desperately needs a strong season to keep him off the hot seat.

USC: Sorry, Spags. The Trojans were a surprise team in college basketball last year, getting to the NCAA Tournament, but now they lose Julian Jacobs, who led the conference in assists and Nikola Jovanovic, the starting center for USC who was second on the team in rebounds and led the team in scoring. Both guys aren’t projected to get drafted or late second round at best, but moves USC from a fringe top-10 team to a fringe top-25 team.

Providence: A year after spending time in the top-10 and getting to watch Kris Dunn and Ben Bentil the Friars, well, they’ll show up. It’s impossible to blame Bentil for leaving, he should be a first-round pick now with everyone going back to college, but the Friars don’t have a guy they can count on to win them games. It’s going to be a rebuilding year for Ed Cooley in Providence.

Seton Hall: Similar to USC, this team was ready to be a top-15 team in the country. But, then Isaiah Whitehead decided to stay in the NBA Draft – a smart decision by him. The Pirates should still make the NCAA Tournament and will see time in the Top-25, but no Whitehead, who would have been a preseason All-American for most people, made that team go.

Marcus Lee and Malik Newman: Marcus Lee made an interesting/weird decision. He pulled his name out of the NBA Draft, but decided he’s going to transfer from Kentucky, making him sit out a year. I expect him to end up at Cal, but he won’t be 23 or 24 until he’s in the NBA Draft now. Why not go to Kentucky for another year or the D-League if you’re going to sit out a year? Malik Newman seems like he will do the same thing as Lee. Newman was expected to be a one-and-done guy and a top-10 pick, before going to Mississippi State. Now there are rumors that he will transfer – possibly  because he’s failing classes there – and will be in college for at least three years.

Rick Pitino: Pitino caught a lot of heat and rightfully so for telling everyone that would listen about Chinanu Onuaku’s decision to leave for the NBA. The problem with it? The kid had planned to announce it himself just hours later. Rick, let the kid enjoy the moment.