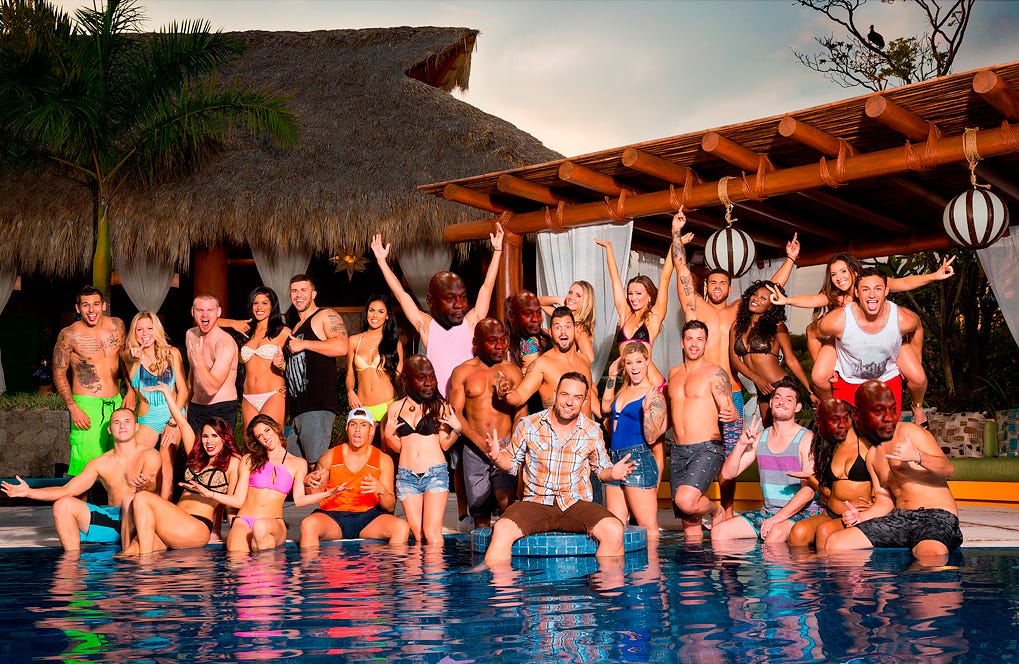 Not much to break down from last night. We had basically an entire episode of drama, which isn’t usually a bad thing, but in this case it was. Some of the best

First up was a Camila vs. Nany shouting match. Usually that would mean a straight up verbal slobberknocker like this from The Challenge’s past:

Instead we got a flop of a fight with apologizing in some giant shower, which is indicative of the way The Challenge is going. Luckily we got this picture of the guys snooping for a view of a girl fight, which looks like a straight up Norman Rockwell painting. 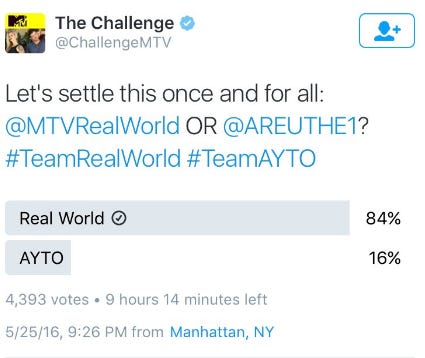 However I will admit that Amanda is growing on me. She’s looking to smoke cigs, talk shit like Katie Doyle. And a sexier Katie Doyle at that.

Anyway, we had our first quitter of the season and as you would expect, TJ Lavin absolutely roasted him alive.

And the most savage part was telling Brandon to stop hugging while dropping a “Don’t care, hope to see you never” atomic bomb. I think MTV should give TJ an antique gun so he can shoot any quitters in the chest before they are sent home inside a wooden box from whatever third world country The Challenge is in.

I don’t know how the creation and selling of t-shirts works around these parts, but would people actually buy a “Don’t care, hope to see you never” shirt? I feel like that would be a great beach shirt. That quote is up there with this old TJ gem.

We also had our first ever quit shaming promo, which was on par with a shit-covered Cersei being paraded down the streets of King’s Landing as that old bag rang a bell and yelled “SHAME” behind her.

Then again, why did Brandon ever leave his girlfriend to party and compete with a bunch of maniacs? 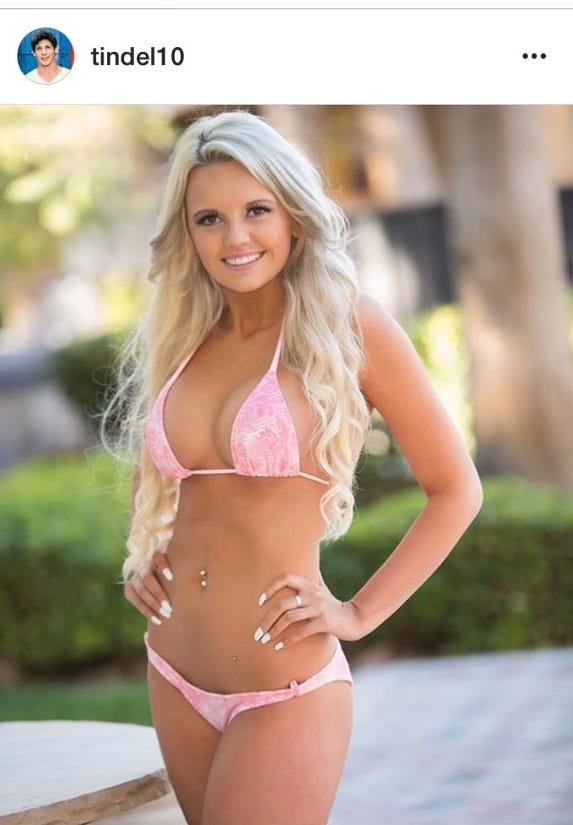 And she has SPUNK. 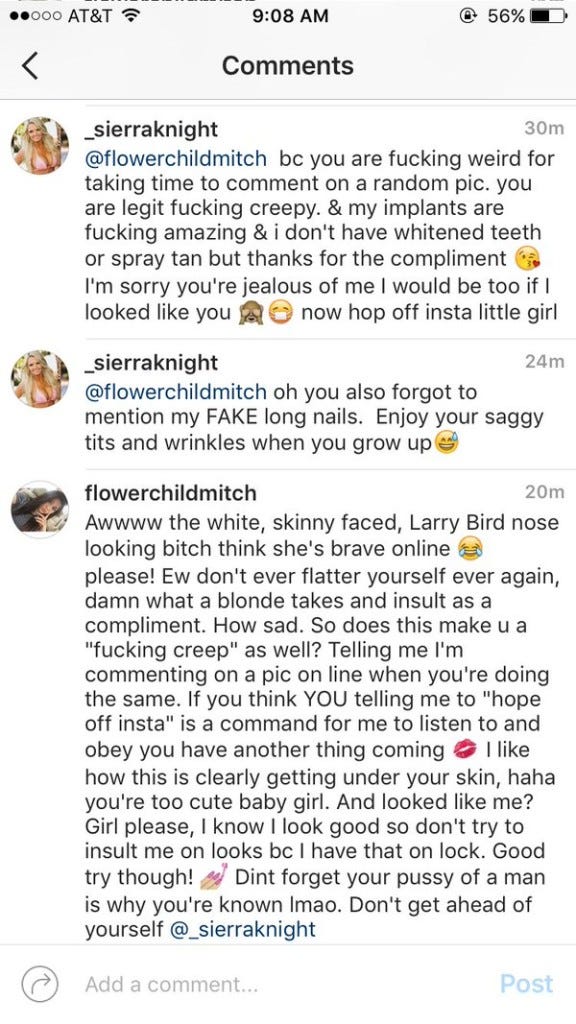 Anyway, after Brandon was sent home, not much happened. We had our 482,681st challenge in the show’s history involving a high scaffold hung over water. I guess having the cast members grinding on inanimate objects/each other or answering third grade history questions doesn’t excite the MTV producers as it does the viewers.

If anyone from MTV is reading this, just know that I am willing to take on another job as commissioner of The Challenge to #MakeTheChallengeGreatAgain. I’d make the challenges more fun, I’d bring back everyone’s favorite cast members (no matter how old or how many kids they have), and I’d build a wall to keep out all Are You The One cast members.

As for our Next On, we are again teased that there is a new team coming in to replace Brandon’s quitting ass. And I swear to God I am going to shank someone if it’s another Are You The One team of dickheads.

And if haven’t gotten enough of your Challenge fill, you can listen to three idiots in their 30s talk about a bunch of idiots in their 20s on the No Quitters Podcast. Last night we were joined by Reags and talked about everything on last night’s episode as well as who has the best boobs in the house and some vintage MTV Spring Break talk.