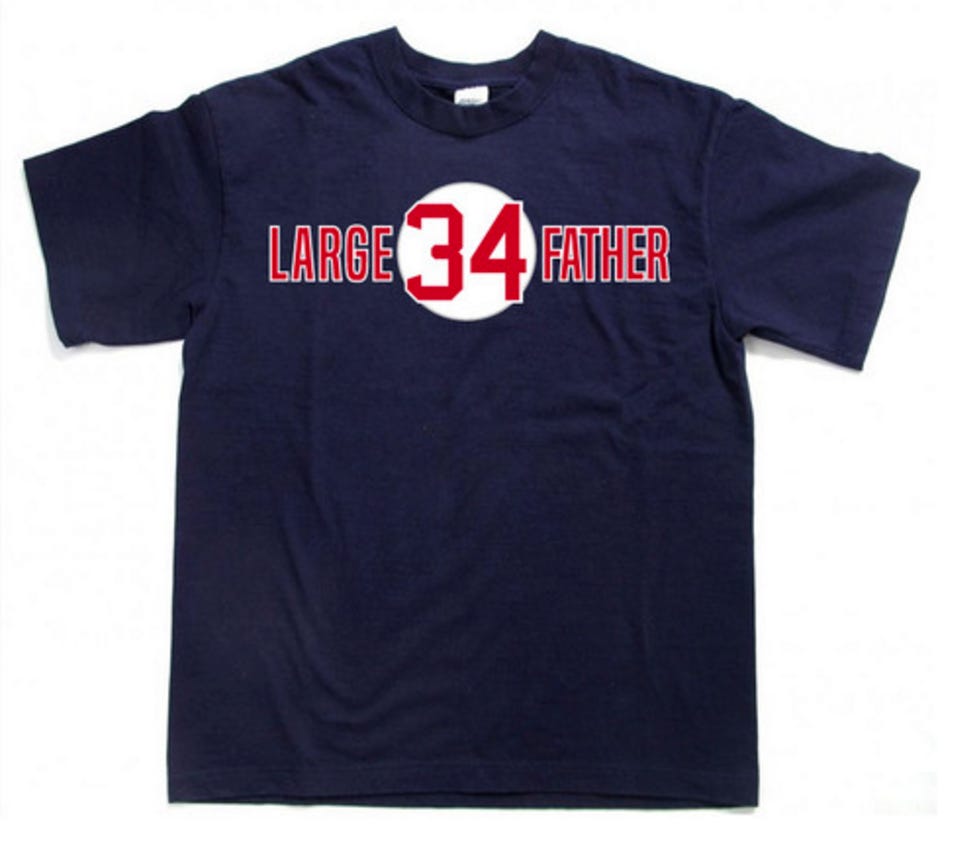 It’s the final season of David Ortiz’s career. I’m not about to write his legacy piece just yet, because we’ve yet to witness the conclusion of the final chapter. However, we’d be doing Red Sox Nation a great disservice if we didn’t put out a Large Father t-shirt to show our appreciation for the man who changed everything here in Boston. Entering play today, Ortiz leads the majors in doubles (20), slugging percentage (.686), OPS (1.099), extra-base hits (32), is second to Robinson Cano in RBIs (41), second to Yoenis Cespedes in isolated power (.353), second to Manny Machado in total bases (107), and is second in the American League in on-base percentage (.413) behind Jackie Bradley Jr., and is fifth in batting average (.333). David Ortiz is showing his appreciation for Red Sox fans by giving them the best final season in baseball history. Show your appreciation for David Ortiz by wearing a Large Father t-shirt.