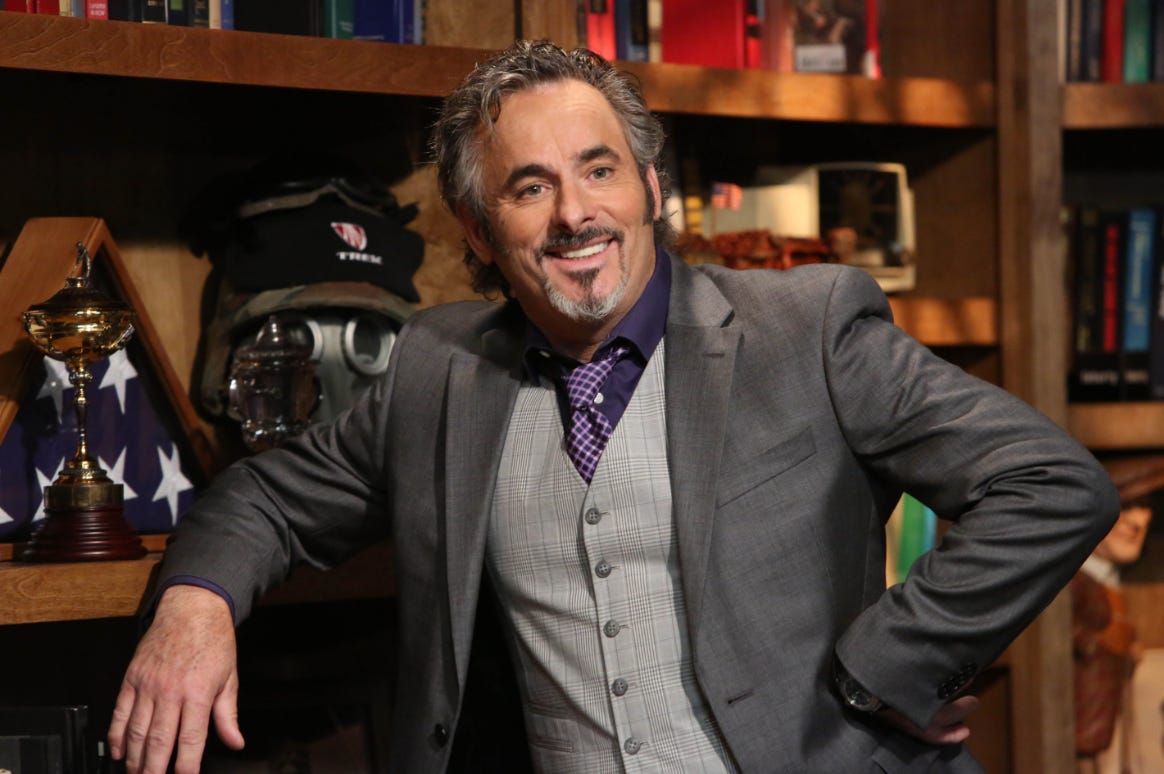 Yahoo Sports- NBC Sports and Golf Channel commentator David Feherty spent some time with Tiger Woods at his April opening of Bluejack National, Woods’ first U.S. course design near Houston. After seeing Woods take some swings as part of a five-hole exhibition, the Irishman-turned-American isn’t sure Woods is ever going to compete on the PGA Tour again. “I am not sure that Tiger will come back because it is a nerve in his back,” Feherty told Irish Golf Desk. “It’s not muscular or skeletal. It’’s not something you can deal with in a physical way. “He is in phenomenal shape – just ripped as usual. But he is not able to make a full pass at it. I saw him a few weeks ago in Houston and he hadn’t played in five months and he hit some good shots and some awful skanky looking things.”

I gotta tell ya, this one took some wind outta my Tiger sails. For the most part I live in a cotton candy and rainbows world when it comes to Tiger. I do think he’ll come back at some point and win tournaments. He’s too talented not to. Do I think he’ll ever be what he used to be? I’m a Tiger Fan Boy but I’m not that stupid. Tiger will never be that guy again but all along I’ve thought he’d at least come back and be somewhat successful. Maybe even somehow squeak out a major or two. Then Feherty says this. There’s almost nobody I trust more in the sports media than David Feherty. He might actually be the only one I trust. Whenever he talks or does commentary or whatever, it’s like a breath of fresh air. He’s smart, witty and, most importantly, he’s honest. So I listen when he talks and I’m not liking what I’m hearing right now. The idea of Tiger never even coming back at all hadn’t crossed my mind but now Feherty has implanted it in my brain and it scares me. I realllllllllly hope he’s wrong but he usually knows what he’s talking about. Between this and people claiming that Bachelorette JoJo’s boobs are fake, it’s been a shitty couple of days.