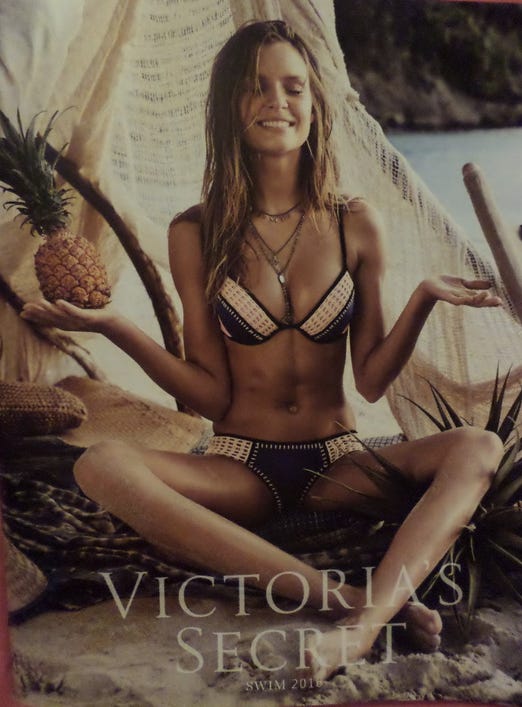 (Source) — The beautiful and beloved Victoria’s Secret Angels will fly off the pages of the iconic brand’s catalog, for good. Breaking hearts of women — and men — worldwide, the popular lingerie company will stop creating the famed mail-order catalogs, parent company L Brands announced. Introduced in 1977, the catalogs were no longer connecting with customers, who were viewing products online. The company was paying up to $150 million to produce roughly 300 million copies, Market Watch reported. The retailer recently found even a cut in catalogs had “little to no impact on sales,” the financial website continued.

But even though I never was really forced to beat while holding a magazine in one hand, I can still acknowledge that this is a sign that times are a changing and tip one out for those who hold the magazine dear to their hearts. I imagine for some this is like when your grandfather used to tell you that vinyl was superior to CD because you couldn’t “feel” the music anymore, there’s just something about a holding a scantily clad woman in your hands that the internet can’t replicate. Shame that Victoria’s Secret is ending that just to save themselves a measly 150 million on something that doesn’t make them money because it’s exclusively used for masturbatory material and no one actually shops in magazines.