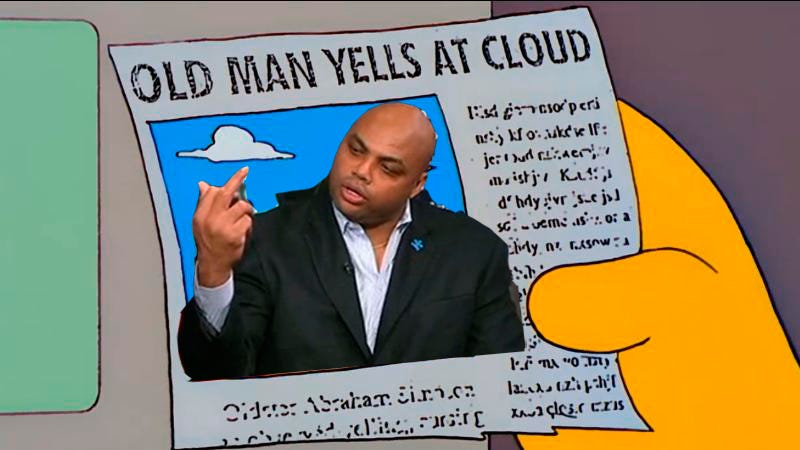 Arizona Sports- Man of opinion Charles Barkley believes the NBA has never been worse. Hear him out and put aside the assumption the former Phoenix Suns star and current TNT analyst is being ageist, and there is sense to it. Look no further than the Eastern Conference playoffs, where the Cleveland Cavaliers remains loss-less through two-plus rounds and 10 postseason games.

“People think us old guys hate when we talk about it,” Barkley told Bickley and Marotta on Arizona Sports 98.7 FM. “It has nothing to do with the Warriors’ greatness, LeBron’s greatness. But I’ve never seen the NBA as bad as it is, and I’ve been saying it the last three or four years. We’ve got too many young players coming out of college that don’t know how to play. It’s frustrating for me because I want to see competitive basketball.

“We took a survey on our crew … How many actual NBA teams would you buy season tickets for?” he added. “Four in the west and Cleveland obviously in the east. That’s not good for our league.”

I love Charles Barkley. Dude didn’t give a shit about anything when he was playing, is a legitimate funny person, and eats/drinks like every man dreams he could. But this quote came off like the typical older guys hating the way things are now. We just had one of the more entertaining regular seasons in a while. A solid influx of young talent has come into the league. NBA Twitter is the best sports league Twitter in the universe. Oh yeah, and fucking Godzingis arrived.

Sure some of the brightest young players are caught in awful situations (looking at you, Anthony Davis and Boogie Cousins) and injuries to players like Blake Griffin sucked. But to say that the NBA is in the WORST shape it has ever been in is crazy. Sure the mid-90s NBA is better than today’s NBA. That’s how Golden Ages work. They dominate every other era. I have Roundball Rock’s sheet music tatted on my back. But was Chuck hungover for the mid-2000s? Are those called the mid-aughts? I don’t know how to say 2003-2005 without writing it out. Anyway, those years sucked. The Spurs back when they played ugly basketball won the championship. The Lakers and Kings weren’t what they were a few years earlier and the Trail Blazers were about to go full Jail Blazer on Portland’s ass. The East had the Nets, Pistons, Sixers, and Celtics leading the way. The Pacers built a solid team that fell apart thanks to the Malice at the Palace. And while there were a lot of great players back then, the product wasn’t great. It didn’t have the excitement or #grit of the 90s or the setup that we have today.

I’m not saying the NBA is perfect these days, but there is no reason to say it’s at the low water mark. Kinda like today’s hip hop. I don’t like it nearly as much as when Death Row, Bad Boy, and others ruled the 90s. Or even as much as the Nelly/Luda/50 2000s. But it’s not the worst it’s ever been has it? Maybe it has actually. Oh shit, now I’m sounding like Charles Barkley.

Bruce Arians seems like a guy, you know I love to smoke cigars — and I love to drink too — I would love to go out and have a drink and smoke a cigar with B.A. I’ve been watching from a distance the last few years and he just seems like the best guy. I talk to Larry Fitzgerald all the time and he’s like, ‘Dude, you’re going to love B.A. You’re going to love B.A. when you get to meet him.

Holy shit, can you imagine Chuck and Badass Bruce getting hammered and starting bar fights in Arizona while chomping on cigars the whole time? Barkley going with the classic fat guy move of wearing a few drink spills from the night while B.A. rocks the Kangol? Chuck + B.A. = Best buddy cop movie ever.