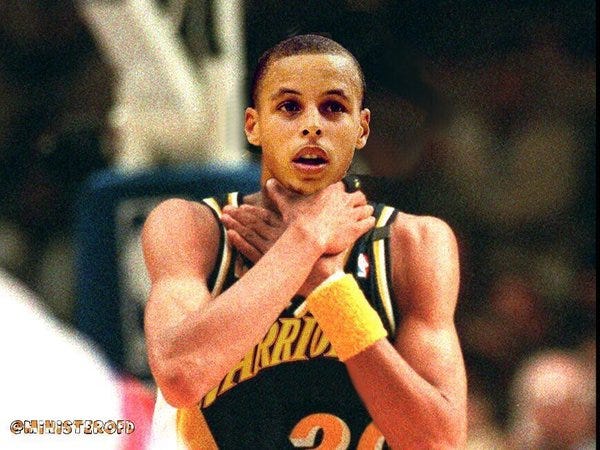 There is one thing I know for certain. If you win 73 games, and have people calling you the greatest team of all time 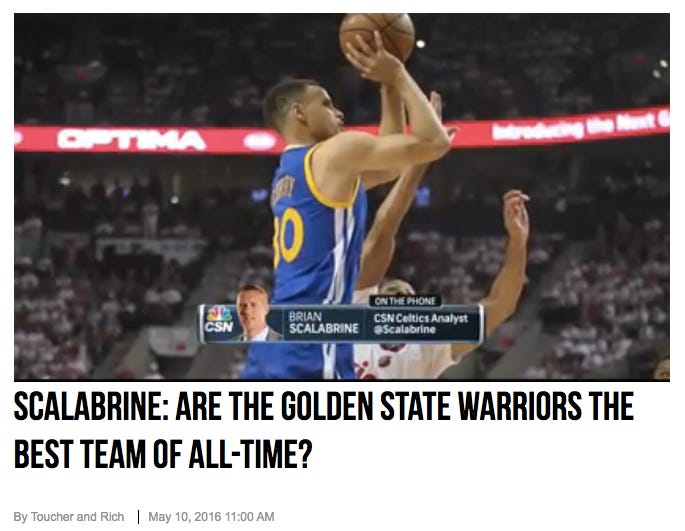 you absolutely cannot go on the road and get completely manhandled in back to back games. I can understand not wanting to overreact to Game 3, bad nights happen to everyone, but to then get blown out again in Game 4 to go down 3-1 in the series is the exact definition of choking. You can’t go from having the entire basketball world (myself included) sucking your dick for two years, have the season you just did, and not consider this a choke job.

To those who say well, OKC has Durant and Westbrook, I say so what. Since when does the road to a title always get to be a cake walk? If the Warriors truly are as great as the world has built them up to be, that shouldn’t matter. All that shit seems a bit like revisionist history if you ask me. How soon people forget 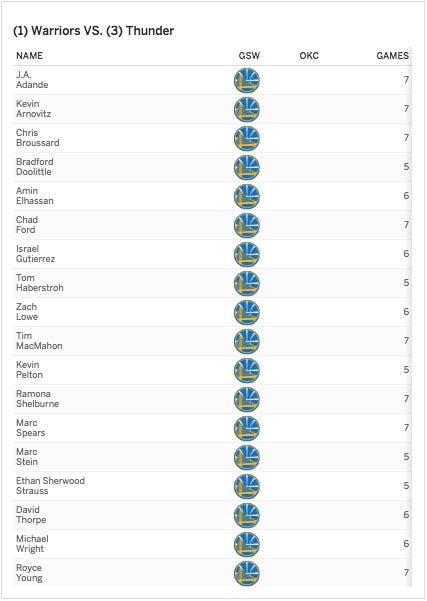 So now down 3-1, what the hell happened? How did the team that always seemed to find an answer all the sudden look average? The easy answer is Steph Curry and how he’s shot the ball, but OKC has done a great job staying with him on one end and making him work on the other.

The bigger story for me is what the hell happened to Draymond Green. See, Draymond led the entire league in +/- this year, in other words he is one of the most impactful players in the league. Well when I think of why GS struggled and I see that Green is -73 over his last two games, well there you go. He’s picked a bad time to play the worst basketball of his entire season. As much as Curry is their best player, and MVP, as Green goes the Warriors go.

What we saw over these last two games is what happens when a team plays out of whack. What makes GS so good, and so successful, is how well they move the ball. They put on a clinic of making the extra pass, not holding the ball, and playing fast. Well in both these losses, they did the exact opposite, They dribbled, and dribbled, and dribbled. When they weren’t holding the ball, they were turning it over (21 last night). If you are going to play sloppy like that, in that type of environment against that caliber team, no shit you are going to get blown out.

They’ve also seen their role players sort of turtle. Barnes, Iggy, and Speights all had rough outings in OKC, which makes everyone else on the Warriors press. If you look at each of the Warriors losses in this series, those three have all struggled. Combine those issues with a cold Curry and struggling Green, and 3-1 makes sense.

The good news for GS is these mistakes can be fixed. Correcting those mistakes is the only way GS gets back into the series let alone win it, and you could talk me into them pulling it off. Sure nobody has done it in the Conference Finals since the ’81 Celts, and yet it wouldn’t shock me. But if they don’t even get out of the WCF after the year they had?