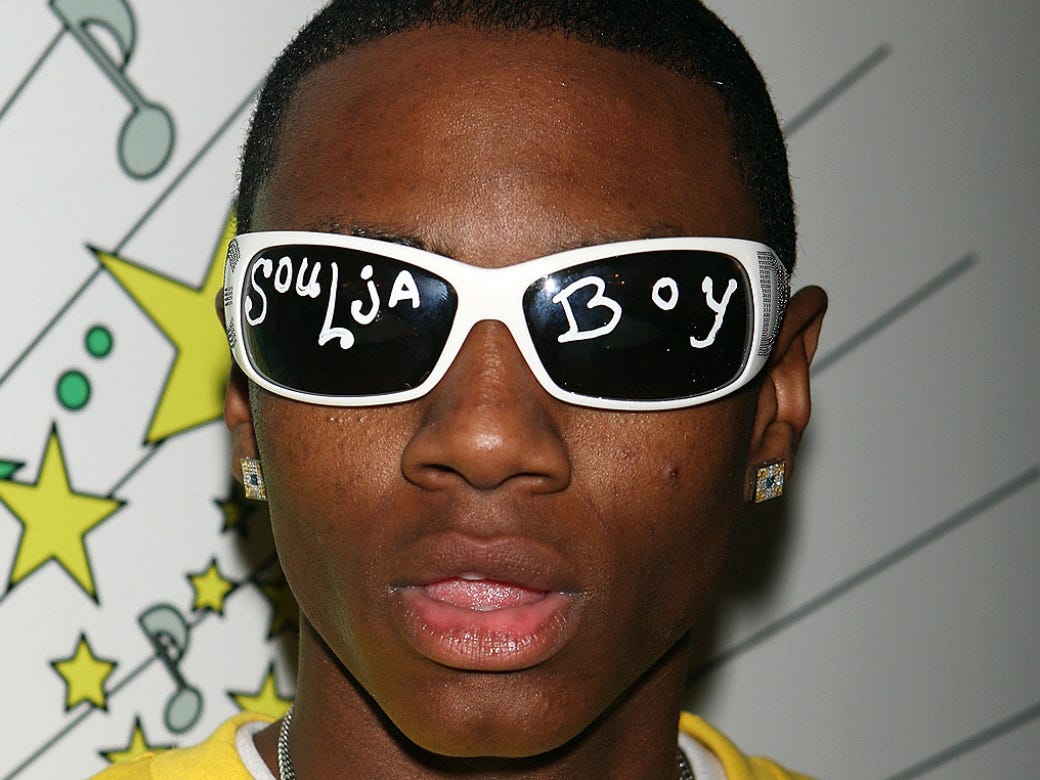 HNHH- It was too good to be true. Soulja Boy’s reported $400 million deal with “in-flight gaming” company World Poker Fund is, in all likelihood, not actually worth $400 million. The deal was originally met with incredulity until World Poker Fund confirmed the deal last week. How could a company valued at $52 million that lost over $400,000 last year commit to paying a rapper of Soulja Boy’s $80 million a year for five years? The answer: the company paid the rapper in stock, the value of which was capped at $400 million. Furthermore, as DJBooth points out, World Poker Fund’s main shareholders are Floyd Mayweather, Disney star Kyle Massey, Tyga, Justin Bieber, and Bieber’s go-to songwriter Poo Bear. In exchange for promoting the company’s product, Soulja Boy has received 1.5 million shares. World Poker Fund is publically traded; one share is currently worth $1.70, which puts Soulja’s holdings around $2.5 million. Not bad… but it’s not $400 million. “He really kind of jumped the gun” by using the $400 million figure, World Poker Fund spokesperson Matthew Bird told Forbes. “The deal is capped at $400 million, and it’s based on a forward-thinking valuation of the company. He’s young, he’s 25 years old. He got really excited, and he tweeted something he probably shouldn’t have tweeted. He was getting a lot of pressure from within the entertainment community, so he wanted to put a statement out.

WHAT?!?!??!??!?! Shut the front door and get right out of town! You’re telling me that a 25-year-old rapper didn’t actually sign a 400 million dollar deal but then went out and bragged on social media like he had just signed a 400 million dollar deal? Well fuck me sideways and call me Shirley. Just a shocking development. You almost have to respect the amount of balls it takes from Soulja Boy though. Dude signed a deal worth about 2.5 million then tweeted this out to his 4.8 million followers 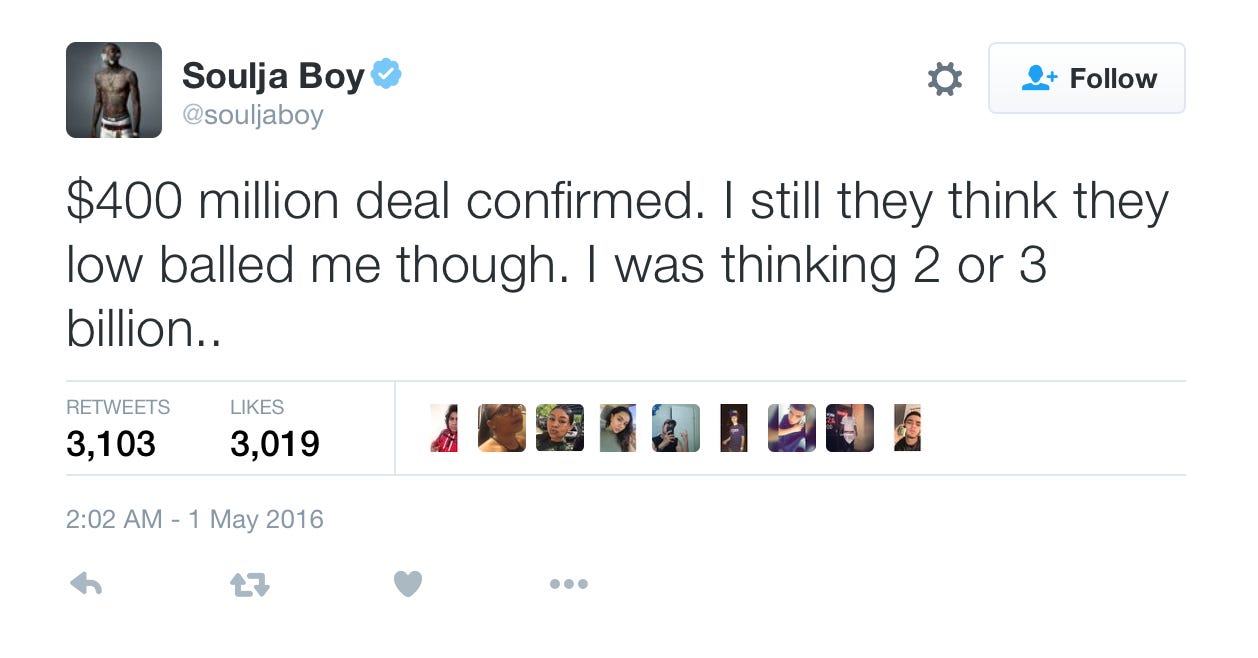 LOW BALLED. Well he really did get low balled since he said he made a 400 million dollar deal but really only made a 2.5 million dollar deal. It takes some serious stones to do that though. It’s idiotic, but it takes stones nonetheless. Even the dude at the company who gave him the shares was like, “Yeah he shouldn’t have done that because it’s just so untrue.” And it’s ballsy because he has to know that at some point the truth is going to come out. The truth being that he was given shares in a company that MIGHT MIGHT MIGHT top out at $400 million some day but probably won’t. And the truth did come out.  Three weeks later. I’ll be interested to see how he spins this cause that’ll be an all time spin zone. If it sounds too good to be true, it is.

PS- I’m an optimistic guy and hope the best for just about everybody so I hope this poker thing explodes for Soulja and he comes drowns me in 50,000 pennies or some shit. I’d deserve it.