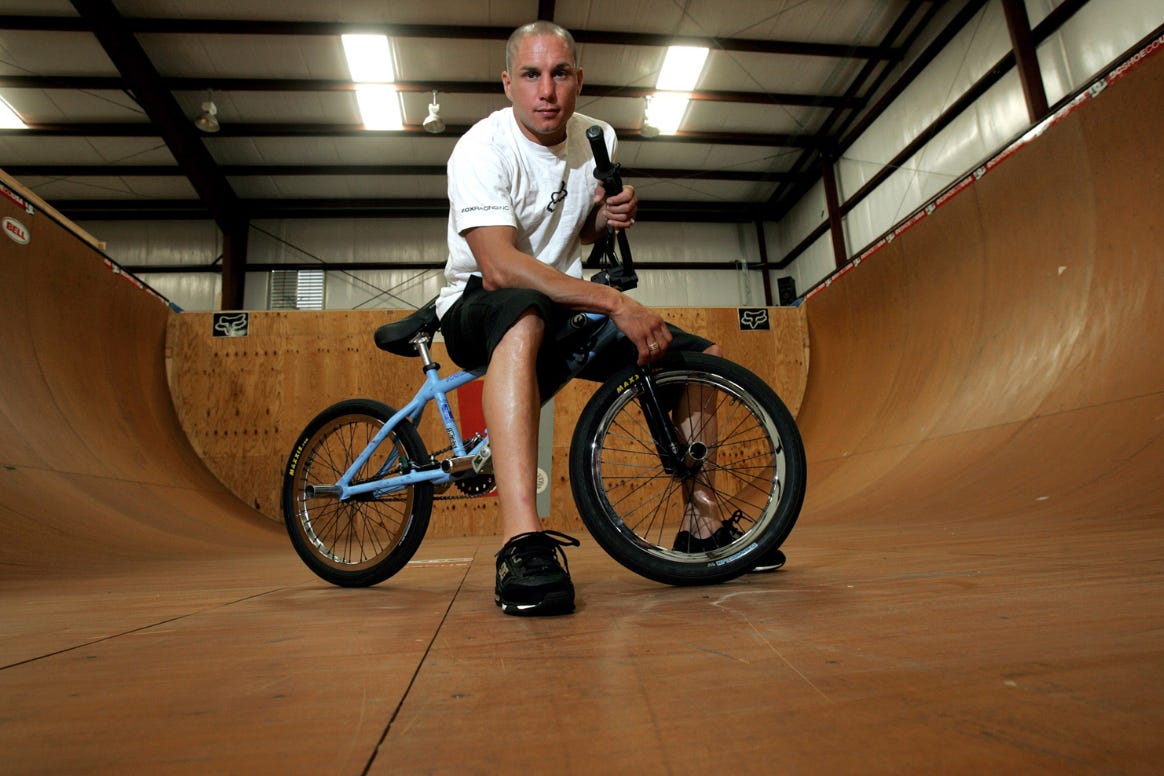 ESPN- BMX icon Dave Mirra, who died in February, suffered from the type of chronic brain damage that has shown up in the brains of dozens of football players, a University of Toronto neuropathologist has concluded. Multiple neuropathologists confirmed the diagnosis. Mirra is the first action sports athlete to be diagnosed with chronic traumatic encephalopathy, a neurodegenerative disease that can lead to dementia, memory loss and depression. He died on Feb. 4 from a self-inflicted gunshot wound. The tau protein deposits found in Mirra’s brain were indistinguishable from the kind that have been found in the brains of former football and hockey players with CTE, Dr. Lili-Naz Hazrati, the Toronto neuropathologist, told ESPN The Magazine.

Mannnnnnnnnn that sucks. That sucks big time. I suppose that gives the Mirra family some closure and a peek into what Dave was going through before he died but goddamn CTE is a bad deal. I have no idea what the plan is to fight against CTE in football players and now action sports athletes but something needs to be done by people much smarter than me. This is the first case of an action sports athlete having CTE but obviously not the only one. Mirra was a legit hero of mine growing up. It’s true. This fat blogger you see today once had big dreams of becoming a professional BMX rider. Street, vert and maybe even a little flatland if I was really willing to fall on my face. I had a Haro BMX bike with four pegs cause Mirra had one. I’d pop mad wheels down my street and get at least 4 inches off the ground ramping off curbs. One day hoping to pull off tail whips and flairs like the great Mirra. I have fading scars all over my legs cause I was so bad but it was super fun. The best part of summer was closing all the windows and blinds and watching the X Games on ESPN for hours on end while other kids played outside. Alas. RIP Dave Mirra.