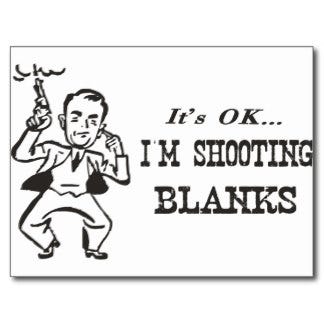 CNN – Fertility rates have fallen worldwide over the last 50 years and chemicals found in everyday products are thought to be playing a role — including those in your sunscreen. Researchers at the University of Copenhagen found that filters commonly used in sunscreens to absorb ultraviolet light could affect male fertility by stopping sperm from functioning properly. “Globally, we see that semen quality is generally very poor,” says Niels Skakkebaek, an endocrinologist at the university’s Rigshospitalet hospital unit who led the study, presented at the Endocrine Society’s annual meeting in Boston earlier this month. The findings are yet to be published in a peer-reviewed journal. These filters are one of a range of chemicals used in consumer products, known as endocrine disruptors, that are associated with health effects such as infertility.

Rejoice, boyos! No more double bagging, purposely keeping the laptop on your lap*, or chugging Mountain Dew until you go blind. Protecting yourself from the sun is finally worth the 30 bullshit seconds of effort. Give credit to the soulless corporations for releasing new and improved Joker products and killing off people before they’re even born. What’s even better is they won’t even tell you what “range of chemicals” are affecting fertility, so chances are, you’ve bought them already. Still shouldn’t take it for granted. All that’s needed is one, little overachieving shit to Michael Phelps his way to the egg and ruin at minimum 3 lives. Now there’s no excuse now not to oil up with lotion for fun. Which will be weird, because unless you’re Ginger as fuck, you don’t put on Sunscreen until you get that solid red glow. It’s all about getting a good base. Melanoma, too, but a solid base first.

*No chance I’m slipping one past the goalie after the amount of time I’ve had a 100 degree battery on my crotch sizzling my nuts like bacon. Not even on purpose, either, just out of utter laziness. Might as well have injected pure Plutonium into my testicles and called it a lineage. If you put my boys under a microscope I would be lucky if they were this active:

A Waylon Smithers I am not.