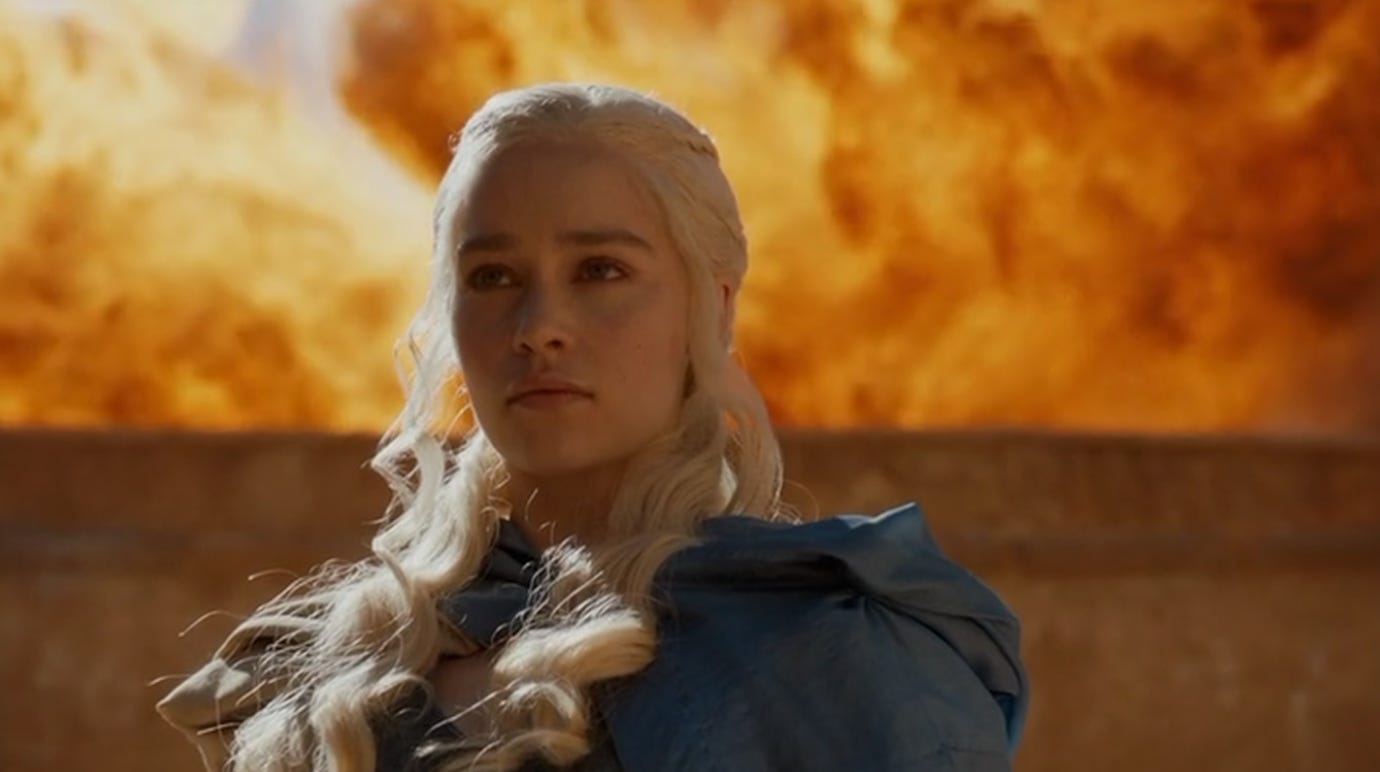 Reddit- My ex, we’ll call her Dany, and I were together for nearly a year. We broke up a couple months ago, due to distance and just not being right for eachother. The majority of our relationship was long distance, while I worked abroad, and communication was hard. I had a lot of jealousy issues, due to Dany having a lot of male friends and she’d slept with a lot of guys. I let this get the better of me and I cheated on her with my ex and other girls. She found out shortly after we broke up, and understandably hates me. We had a massive argument after the break up, where I said some nasty things that I regret, and now she doesn’t talk to me or want anything to do with me. When we are together, Dany introduced me to Game Of Thrones, and I got addicted to it. Unfortunately while abroad, I wasn’t able I watch it live, and usually it would take a while to find a good stream, if at all. The internet out there was bad.

Dany blocked me on every form of communication when we broke up. But, on the Monday after season 6 premiered she unblocked me and I saw I had messages from her. I was excited because I thought maybe she forgave me and we could move on, but it was literally just every spoiler from the first episode.

Since then she spoils the show for me every week. I tried to ask her to stop but she blocks me immediately after she sends the message. I blocked her on whatsapp, but she did it via Facebook. Then the next week it was text. She even borrowed one of our mutual friends phones to do it, and I fell for that. (Our mutual friends are all closer to her and apparently hate me now because of what she’s told them about me). I can’t watch it before she ruins it became I have to wait til my girlfriend (my ex ex) is home from work to watch with her.

I’m fully on board why this and here’s why. There’s no such thing as spoiling Game of Thrones. Well, there is, but no one is allowed to get mad at someone for spoiling Game of Thrones. It’s on you. We’re talking about the biggest show in the world here. It’s the only one of it’s kind. You need to watch it live or it’s gonna get spoiled. People need to know going in that, if you wait to watch an episode, there’s a good chance it’s gonna get spoiled. That trains people to watch it live. Any time I tweet about something that happened in GOT I’m bound to get at least one or two “SPOILER ALERT BRO! COME ON!” No, you come on. Either a) watch Game of Thrones with everybody else or b) stay the fuck off Twitter until you watch it. Those are your options. But mostly just watch it in real time. That’s how you know you’ll be safe. And so what if this dude was studying abroad and can’t see it live? If he actually cared about Game of Thrones, he wouldn’t have decided to study abroad. That’s his fault. It’s the same point I made about why people should wait for Game of Thrones to end before they commit suicide. GOT is that good and rewards people who watch it live. If you’re not willing to make sacrifices to watch it live then I hope it gets spoiled for you.