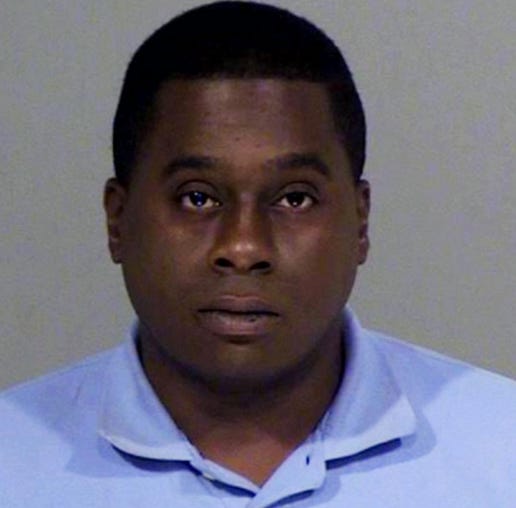 NYDN - Getting the story is always priority No. 1, but a Phoenix TV reporter seems to have forgotten about No. 2 until it was too late. Jonathan Lowe, a reporter for KPHO, was arrested Monday afternoon after allegedly defecating on a front lawn near the subject of his story’s home.

The 33-year-old was seen by a neighbor as he picked up papers from the street before leaning against the wall of a house and relieving himself, according to a Goodyear police report obtained by his station. An officer tasked with the job of tracking Lowe down said the suspect admitted to using the yard as an impromptu latrine.“I know what you want to talk to me about. I’ve been feeling very sick and I’ve been stuck in this van all day,” he said, according to the report.

The woman who made the call about Lowe heeding nature’s call said that he could have used her bathroom if he had knocked on her door.

Lowe was arrested for public defecation, and now faces a fine of $2,500 or six months in jail for the misdemeanor, according to the Phoenix New Times. KPHO news director Dan Wilson told the Times Wednesday that Lowe was still employed, though the channel’s Thursday night write-up of their colleague’s legal troubles called him a “former KPHO/KTVK reporter.”

That’s not right. I think we need to start a petition to get this man his job back. For 1, it was a victimless crime. When you shit on someone’s lawn, you’re not hurting anyone. Sure it’s a little gross, but I’ve seen some massive dogs shit on lawns, it’s pretty much the same thing. But more importantly, I 100% believe him when he said “I’ve been feeling very sick and I’ve been stuck in this van all day”. Sometimes nature calls in the worst times. One second you’re covering a story for the local news, the next second the Chipotle hits you and you have about 35 seconds to make a move before there’s a lava cake in your underbritches.

I vote we allow everyone the 3 strikes and you’re out rule when it comes to pooping outside. We as a society need to understand that sometimes you’re in a situation where pooping on the side of someone’s house isn’t the best option, it’s the only option. You cannot go around arresting guys who have uncontrollable diarrhea. That’s not what this country was built on. When George Washington was fighting the British, I promise you he pooped on lawns. Promise you. So let’s pump the brakes on arresting and firing guys who are doing the same thing. Shit happens (amiright?).