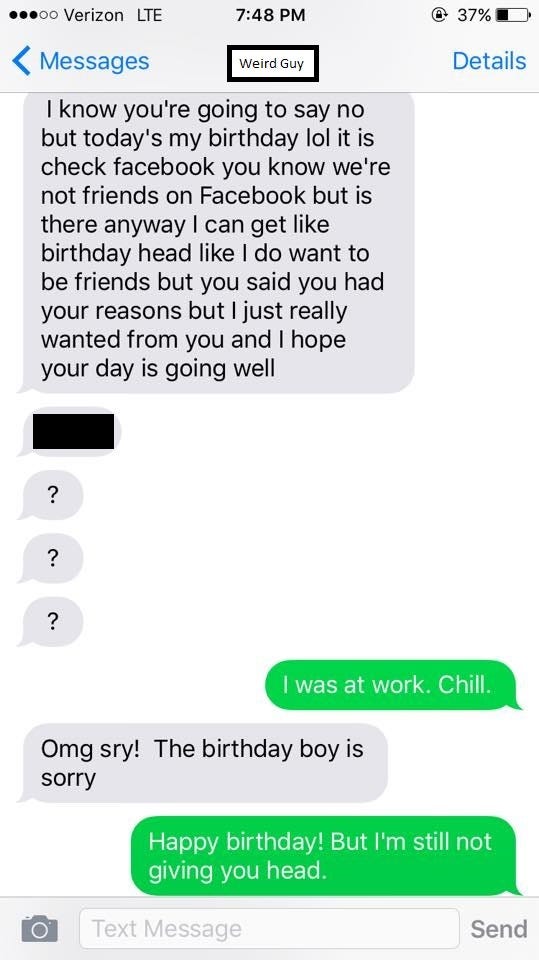 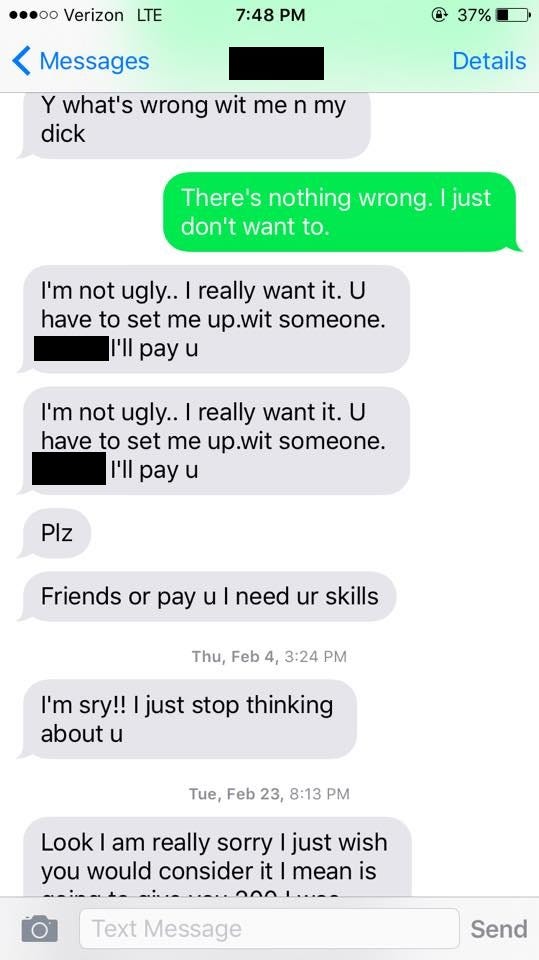 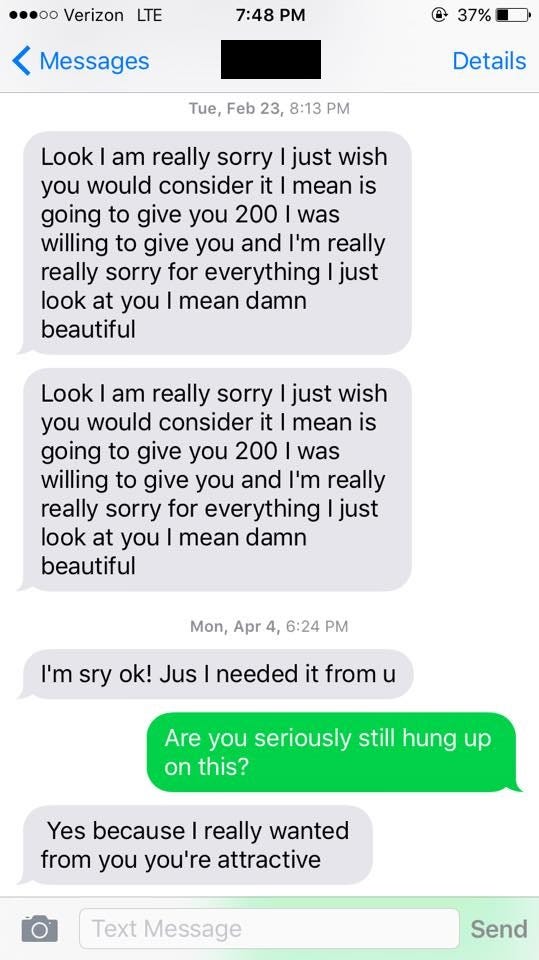 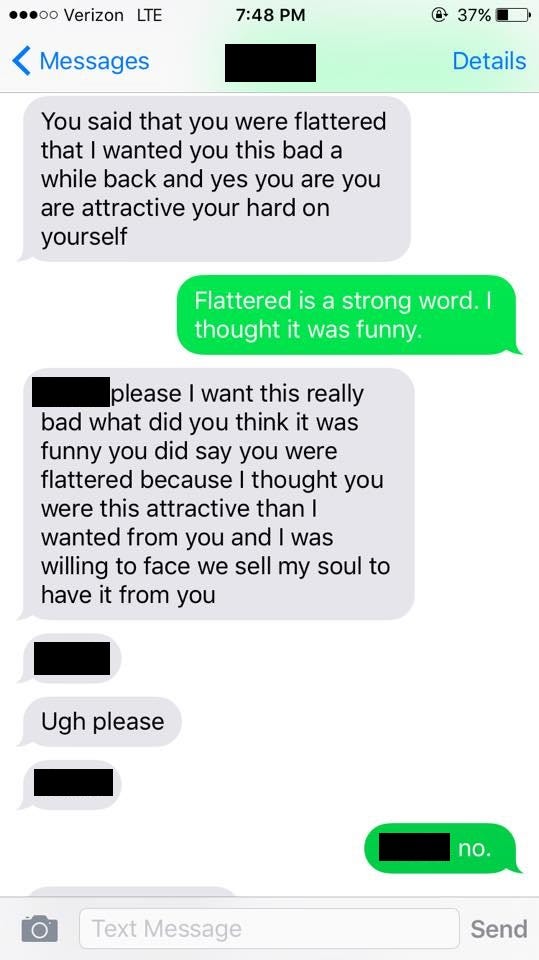 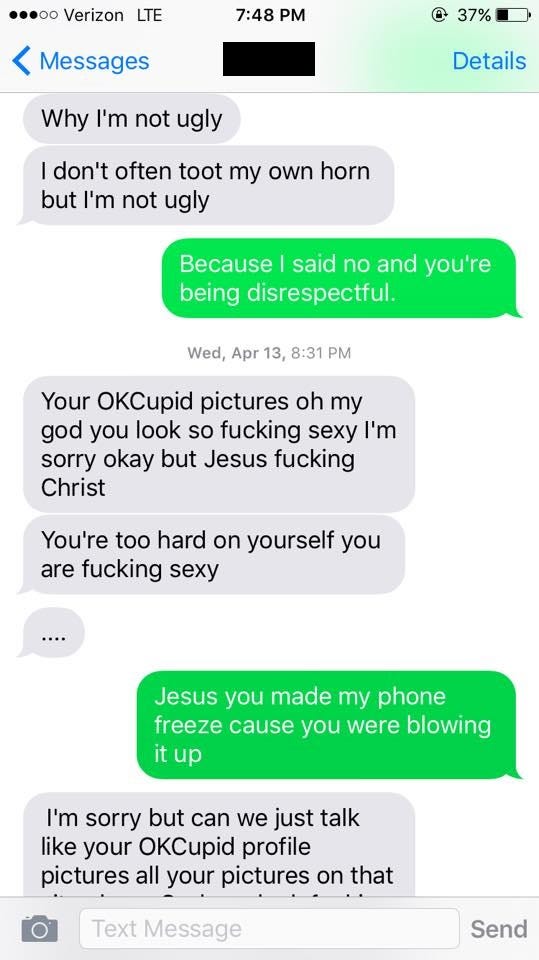 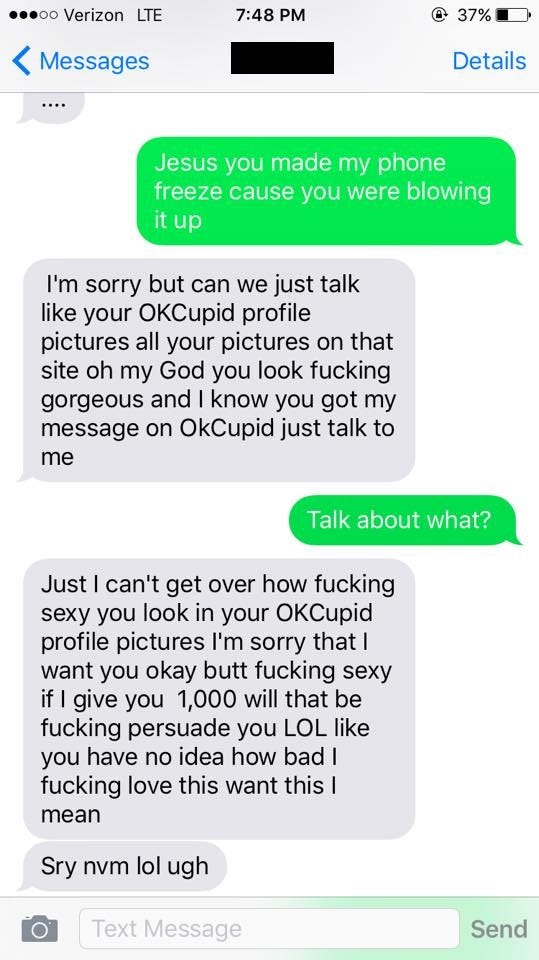 This text thread comes from Reddit’s r/cringepics and boy has that name never been more appropriate than here. I don’t know why but one thing that always makes me cringe so hard inside is when a guy offers a girl money for sex or sexual related favors. Do you have any idea of the man hours of emotional trauma and/or self-actualization it takes a chick to decide to sell herself for sex? And you think some gibberish broken English texts and emotional blackmail over ritualistic oral sex birthday celebration are going to get it done? Desperate is a bad look in general but so desperate that you’re literally throwing out dollar figures to a chick in the hopes it ensnares her after a million forms of “no” is the most brutal of looks. And it’s not like this method would lead to some mind blowing head even if that somehow worked anyway, it’s not porn where all of a sudden she’s into it and spitting all over a dick while jerking it like she’s making butter. MoneyTalks and BangBus might need to put a disclaimer in front of their scenes to keep cum drunk idiots from thinking that’s how Earth works.

Plus when you’re single is birthday head even a thing? I feel like you just get head when you get it and you’re generally appreciative of it as long as it doesn’t get toothy. In my mind birthday head is one of those things where a wife goes “Yeah I guess I’ll suck your dumb dick I’ve been seeing for 20 years on this one day each year since you popped out of a vagina on this day in history” and that’s all it is, not some Thomas Paine right of man where it’s a joyous occasion for men of all ages. Just seems like there are better occasions to start recklessly naming prices for oral sex over text message.

Anyway overall that’s what this chick gets to replying to a person with green texts when you’re on an iPhone. You just can’t trust people who aren’t sending you back those blue iMessages. Fact of life.