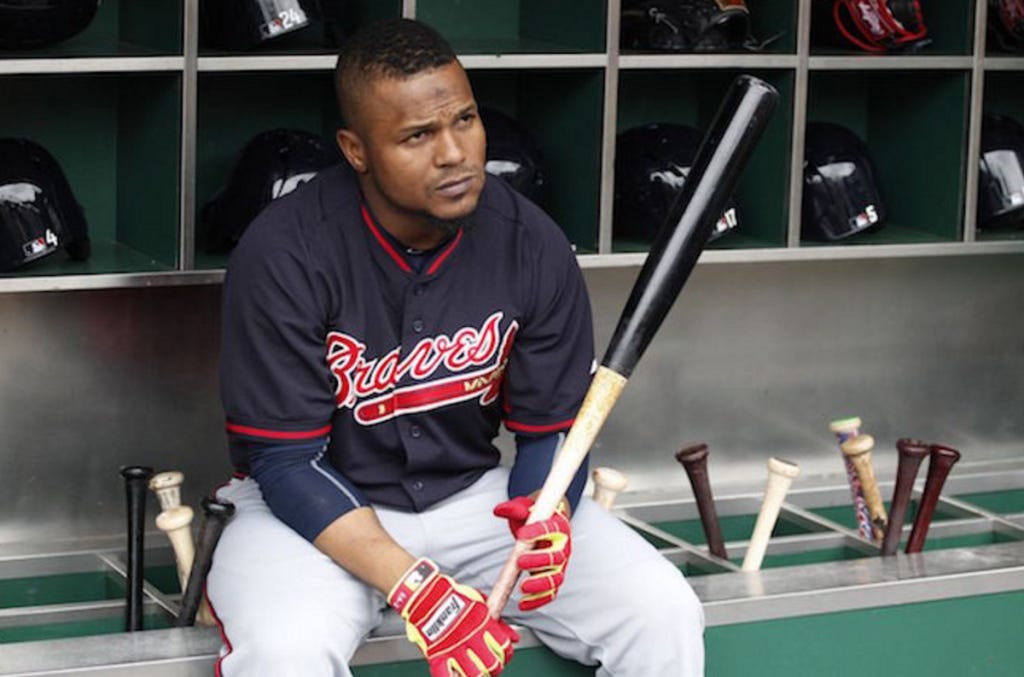 I’ve heard of some pretty bizarre baseball injuries in my life. Can we even call this an injury? Either way, we’ve got guys like Ken Griffey Jr. accidentally crushing his own balls with his cup, Wade Boggs straining his back in an attempt to put on cowboy boots, Tom Glavine breaking a rib from puking, Rickey Henderson somehow getting frostbite in August, and Ryan Dempster breaking his toe during a Cubs victory celebration.

This one might jump right to the top of the list, though. Atlanta Braves shortstop Erick Aybar will not be in the lineup tonight, because he got a chicken bone lodged in his throat, and had to be rushed to the hospital to have it removed. Like, what the fuck, man? On the bright side, the 10-29 Braves won’t be missing Aybar’s presence in the lineup, given that he’ hitting .174 with a .412 OPS. Out of 189 qualified hitters in the MLB, Aybar is dead last in batting average and OPS. Leads the majors in chicken bones caught in throats (CBCIT), though.