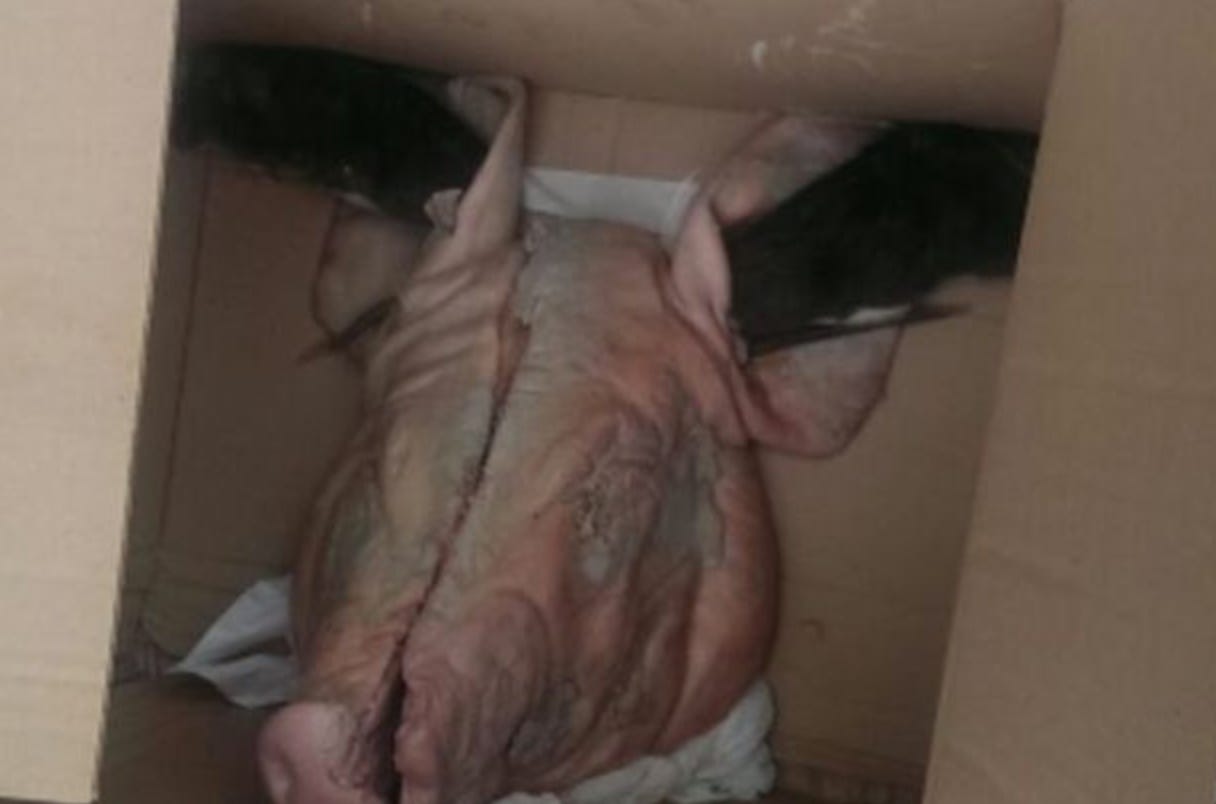 DR- A WOMAN has been left in a state of terror after a box containing a severed pig’s head, two dead rats and a note threatening her decapitation was left on her doorstep. The resident of Calderbank, near Airdrie, made the discovery early last Tuesday when she opened the door of her family home. Her horror at the package’s contents was quickly replaced by dread when she read the hand-written note. The message threatened the woman over her social media opposition to a proposed housing development. It stated: “This is a warning. Next time it’ll be your head in the f****** box. “Stay off Facebook and tell your big pal to get the page deleted.

Whoa when did Facebook turn into a deleted scene from the Godfather? That’s some gangsta shit right there. “Oh you liked a Facebook page of a potential housing development that I don’t support? Well then you’re getting a fucking pig’s head sent to your house bitch. Deal with it.” Normally I’d call this person a psycho but I tripped and fell down a Tony Soprano YouTube rabbit hole yesterday so I’m in on the mafia tactics at the moment. Sometimes things don’t break your way and you gotta get shit done yourself. Send a message. That’s what Tony would do. The “right way” would be to oppose the housing development thing to your local government then it gets voted on then it gets delayed but it still might happen blah blah blah blah. Way too much red tape to battle through. Those aren’t results. So instead you lop off a pig’s head, squash a couple of rats, threaten an innocent woman with intimidation and try to get your way that way. Tony would be proud.