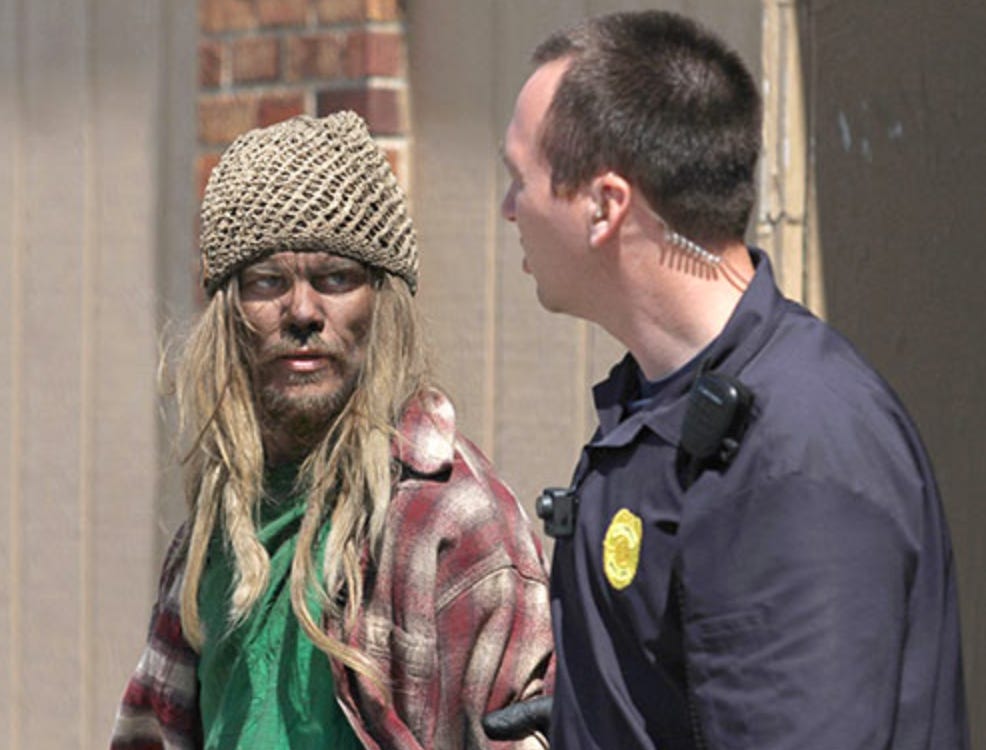 CP- A 29-year-old man claims he was playing a game of hide-and-seek when he climbed the roof of Carroll Redemption Center overnight and shimmied 20 feet down its chimney, where he got stuck. At 10:50 a.m., when firefighters broke a hole through the chimney and pulled Jordan Kajewski out, the man was naked and covered in soot. It’s unclear when or why he disrobed. His clothes were with him inside the chimney. Kajewski, who recently moved to Carroll, was arrested for trespassing. Nine hours earlier, Brad Sapp, an owner of the business at 301 N. Main St., was working late sorting aluminum cans when he heard someone whisper: “Get out of here.”

Pushing aside for a second the fact that this guy is clearly just a homeless dude who was trying to rob a person’s house, epic hiding place my friend. E. P. I. C. Well done. I believe in giving props where props are due and that’s as good as it gets. He would’ve never been found had he not gotten stuck. Up until this point the #1 hiding spot in the world was inside the clothes racks at Wal Mart but that just got dethroned. Impossible to find a guy who’s naked in a random person’s chimney. What were the boundaries? Just the whole town? That’s ballsy but I like it. Back to reality for a second, it’s also ballsy to be a 29-year-old man whose excuse as to why he’s naked in a person’s chimney is because he’s playing hide-and-seek. That’s one of those lies that is so big and so untrue that I feel like the cops should’ve just let him and his naked body go. Because a guy who uses that as his excuse at that age is already fucked. His life already really sucks. No need to make it worse and haul him off to jail. His shitty life should fall under the umbrella of time served.